Though we generally associate Yom Kippur with atonement, the Torah defines tahara (purification) as the day’s goal. “For on this day, He will effect atonement to purify you. From all your sins, before Hashem, you shall be purified (Vayikra 16:3).” On Yom Kippur, Hashem atones for our sins in order to purify us.

The Damage of Sin

We are, of course, familiar with how the concept of tahara applies to the context of ritual purity. We are not as familiar with its relevance to the non-ritual sense. What does tahara mean in a personal, spiritual context?

Understanding spiritual purity hinges on appreciating the impact that sin has upon us. Sin is not just wrong and damning; it also defiles our soul and spirit. Mitzvah fulfillment sanctifies; transgression defiles. Rav Chaim Volozhin (Nefesh Hachayim 2:8) compared sin to the consumption of unhealthy food. Just as the latter damages us physically, so the former taints our spiritual level and even our intellectual capacity (Masechet Yoma 39a).

“A pure heart, create for me Hashem, and a steadfast spirit, renew within me” (Tehillim 51:12).

David HaMelech links tahara to the heart and spirit. The Shaarei Teshuvah (1:9) and Mesilat Yesharim (17, Midat Hatahara) explain that tahara hinges upon motivation – the why of what we do (beyond what we do). Tahor people are motivated by their wisdom and fear of Hashem, not their base desires.

Tahara’s focus on the heart helps us understand why the Rambam (Mishneh Torah, Hilchot Teshuva 7:3) sees teshuva as addressing not just sin, but also improper character traits. Purification is not just about correcting action, but, mainly, about personal improvement.

The pesukim we have seen – about tahara in general (Tehillim) and about Yom Kippur specifically (Vayikra) – describe Hashem purifying us. This explains the request we make in each of our Shabbat and Yom Tov prayers: v’taher libenu l’avdecha b’emet. We ask Hashem to purify our hearts so we can serve him in earnest.

The conclusion of the Yom Kippur pasuk – the word “tit’haru” – commands us to purify ourselves. The Kohen Gadol used this word at the height of the Yom Kippur atonement service to remind those in the Mikdash of their responsibility to purify themselves. His verbal response to those who prostrated themselves upon his utterance of Hashem’s (most) sacred name was “titaharu.” He emphasized that his avodah alone was not enough. Each person needed to purify himself.

When we make the effort to purify ourselves, Hashem completes the process for us. Shaarei Teshuva (2:14) summarizes the process this way:

“The Torah commands us to purify ourselves through teshuva before Hashem so He can purify us through His atonement.”

How We Purify Ourselves

Most of us are familiar with the process and stages of teshuva. But how do we purify ourselves? The mishnah at the end of Mesechet Yoma gives us direction by describing Hashem Himself as the proverbial mikveh we are meant to purify ourselves in. Hashem is totally disconnected from all sin and defilement. By reconnecting with Him, we return to a natural state of purity. Like the Kohen Gadol who immerses himself ten times over the course of Yom Kippur and then enters the holy cloud (created by the ketoret) within the holiest part of Hashem’s sanctuary, we also ‘immerse ourselves’ within our connection to Hashem.

After elaborating on this notion, the Maharal ( Kitvei HaMaharal, D’rush L’Shabbat Shuva) emphasizes that, like immersion in an actual mikveh, we only achieve tahara by connecting (through committing) ourselves fully to Hashem. Even a small chatzizah (separation) renders the “immersion” completely meaningless.

On a deeper (yet simpler) level, our return to Hashem is essentially a return to our natural, true selves.

This applies on two levels. Firstly, because our soul emanates from Hashem, we need look no further than inside ourselves to find His holiness (Bereishit 2:7, with Rashi & Ramban). As the Torah writes (Devarim 30:11-14): “It is not in the sky or beyond the seas, but in our own mouths and hearts.”

Secondly, because our soul is of g-dly origin, our reconnection with Hashem ultimately reconnects us to our true selves. For this reason, Rav Kook explained that our return to Hashem regenerates our natural, holy soul (Orot HaTeshuva 15:10).

We find Hashem by looking inside ourselves and find our true selves by reconnecting with Him.

Though tahara is always an important goal, Yom Kippur is the time when this self-purification is most possible and impactful. Let’s make sure to take full advantage of the opportunity. 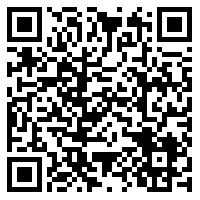