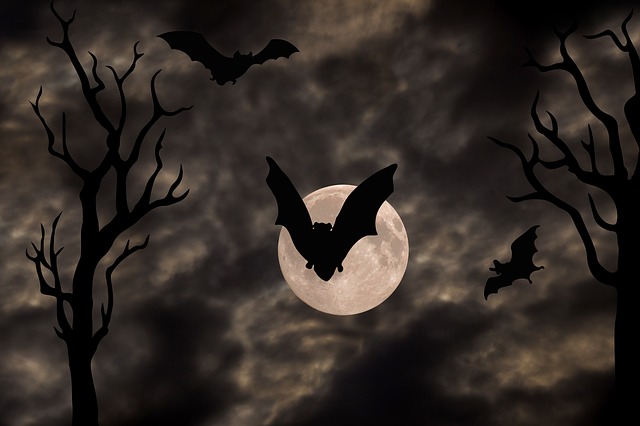 A few years ago, I had the privilege of awarding someone a medallion at an AA meeting, a celebration of a significant milestone of sobriety.  This wasn’t my first time doing so and I have shared before how inspired I have been from being among people who have the courage to admit their addiction, name their enemy, and confront it on a regular basis.

The recovery program is made up of 12 steps and from what I understand, different meetings highlight different steps for participants to share and reflect upon.  The meeting I attended addressed Step 8, which is “to make a list of all persons we had harmed, and become willing to make amends to them all” and Step 9, “to make direct amends to such people wherever possible, except when to do so would injure them or others.”


People reflected on the experience of being willing to make amends with people, some whom they hurt and others they were hurt or injured by.  Then one person got up and said something I found fascinating.  She said that when she arrived at this step in her recovery, she realized one of the people she most needed to make amends with was… herself.  The mistakes she had made, the excuses, missed opportunities, damaged relationships, sabotaged success she had caused herself, left her needing to be willing to forgive herself, to make amends with herself.

The next person who spoke disagreed and pointed out making it about ourselves is what got us into trouble to begin with. Amends is about others, it doesn’t always have to be about the “I,” and that kind of thinking is misguided and can lead to bad outcomes.

I walked out of the meeting really moved by both sides, really thinking about this question.  Who was right?

One of these conclusions seemingly makes much more sense. I understand how the power of teshuva can transform my mistakes, indiscretions, poor judgment, and intentional violations into accidental, careless ones.  Picture a judge lightening a sentence because of good behavior and still putting criminal charges on the record, but lesser ones. But what does it mean that my intentional mistakes can become zechuyos, merits?  Put differently, the Maharsha asks, don’t we have a principle that אין חוטא נשכר, we don’t reward people for their wrongdoing? How, even with teshuva, can those mistakes be turned into merits, virtues, assets, acting in one’s favor?

The Maharsha suggests an answer, but I would like to offer a different interpretation, one that can help us experience Yom Kippur very differently and perhaps settle the debate I heard at the AA meeting.

Many people know that bats sleep upside down but few know the reason. While bats can fly, they can’t take off. Some birds can take off from a dead stop by simply flapping their wings, but bats can’t.  Birds’ wings are long and feathered and can generate enough thrust to achieve liftoff, but bats’ wings, as ScienceFriday explains, are basically large, webbed hands. Once airborne, a bat can use these webbed hands to sustain the flight over long distances and steer seamlessly, but they have a problem: they can’t do the necessary flapping to take off.

So what do bats do if they can fly but can’t take off?  The answer is they don’t take off — they fall down.  During the night, they use their claws to climb up a tree. Once they get high enough off the ground, they drop, using gravity to gain momentum and they use the momentum from falling to take flight. Perhaps this is exactly what Chazal mean.  The Gemara said it is a contradiction, on the one hand Reish Lakish teaches if you make mistakes but then do teshuva, then even intentional acts are considered accidental occurrences.  But on the other hand, he said, if you do sincere teshuva, intentional violations can be transformed into zechuyos, merits.  The Gemara answers this contradiction by explaining that not all types of teshuva are equal. If you do teshuva מיראה, if the only reason you want to take responsibility is because of fear of punishment, you don’t want to suffer the consequence, then your fall can be considered accidental. But if you do teshuva מאהבה, you aren’t afraid, rather with love, enthusiasm and excitement you are ready to fly, then you can use the momentum generated from your fall to give you lift, to take off, to discover things and achieve things you previously couldn’t.

For many, Yom Kippur is a dreaded day, not only because of the physical pleasures we are denied and deprived of but because they think it is a day to beat ourselves up, to rack ourselves with guilt, blame, fault, fear and dread.

My friends, that couldn’t be farther from the truth.  The Mishna lists Yom Kippur as one of the two happiest days of the year.  Yom Kippur is not a day to beat ourselves up, to knock ourselves further down.  We are here to confront our mistakes, to think about failures and the times we have fallen, but to use them to give us the momentum, the energy, and the knowledge of how to fly.  שזדונות נעשות לו כזכיות, your fall turns into your lift, into flight.

Hashem – על חטא שחטאנו לפניך בוידוי פה, I am so sorry for using vidui to beat myself up, to knock myself down instead of for gaining momentum to give me flight.

In Steve Jobs’ Commencement Speech to Stanford’s Graduating Class of 2005, he retold his story of getting fired from the company he created at the age of 30. It was the most devastating setback of his life. He fell and he fell fast. Though it could have destroyed him, Jobs explained to the graduates that getting publicly fired turned out to be the best thing that could have happened to him. Losing his position and success as the leader of Apple opened him up to express his creativity more freely. He started a company called NeXT, helped launch Pixar, reclaimed his role as CEO of Apple, and the rest is history. Failure opened Steve Jobs up to express himself more freely and forced him to create his way out of his rock-bottom into the mega-stardom and super-success he enjoyed at Apple. As he explained to the graduates: “It was awful tasting medicine, but I guess the patient needed it.”

J.K. Rowling has sold more than 500 million books and is one of the wealthiest women in the world, but in a commencement speech of her own she described that she needed to fall before she was able to fly.  She described how at the time of her own graduation from college, her greatest fear was failure—a fear that became reality seven years later as she struggled through single-parenthood, unemployment, and poverty all at the same time. Failure, she said, revealed her true character: “I stopped pretending to myself that I was anything other than what I was, and began to direct all my energy into finishing the only work that mattered to me… I was set free, because my greatest fear had been realized, and I was still alive, and I still had a daughter whom I adored, and I had an old typewriter and a big idea. And so rock bottom became the solid foundation on which I rebuilt my life.”

L’Havdil, Rebbe Akiva watched his entire life’s work, his 24,000 students, disappear, die from a horrible plague. His dream, his legacy were shattered.  He didn’t stay down, he used the momentum of attending 24,000 funerals into starting again, into finding five new talmidim, a new way of teaching and it gave him and them flight. And we are still riding their wings until today.

We make amends with ourselves not by excusing our fall but by transforming it into momentum to give us lift. The world gives us our fill of yirah, of fear, worry and anxiousness. Let’s resolve to do teshuva mei’ahava, from love and longing, from lift.

We have made mistakes, we have fallen down sometimes in anger or outrage, sometimes in judgment and sometimes in envy.  Yom Kippur is not about beating ourselves up, staying down, feeling sad, somber or guilty.  Consider what went wrong, why it went wrong, and use that knowledge to learn from it, to gain lift, to take flight and to ensure it not happen again.  We don’t need to sell that many books or build a company of that size or even l’havdil leave the legacy of Rebbe Akiva to achieve success in our lives. All we need is to not only to get up after we have fallen, but to take flight. 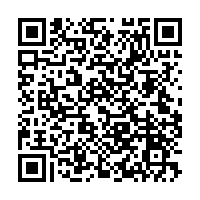