On the first night of Rosh Hashanah, Rabi Shimon ben Yohai had a dream. He dreamt that his two nephews would be fined 600 dinars by the government. The following morning he visited his nephews and persuaded them to become gabaim for the community. They would be in charge of dispensing the charity to the poor. By enabling them to deal in charity, he hoped to avoid the harsh government decree from becoming effective.

“But who will provide us the money to give to the poor of the community?” they asked him.

“You advance the money and keep a record of every penny you lay out. At the end of the year the community will reimburse you,” Rabi Shimon answered them.

They agreed and undertook the job. Sometime later, a jealous person complained to the government that they were dealing in silk and merchandise and not paying taxes. The following day an elderly tax collector appeared and demanded that they pay the government a fine of 600 dinars. They protested their innocence, but the tax collector would not listen to them and they were subsequently jailed.

When Rabi Shimon heard of this matter, he visited them in jail.

“Tell me,” he asked them, “how much money did you raise for charity during the last year?”

“You will find it recorded in a book which we keep in our house,” they answered him.

Rabi Shimon visited their home and began examining their book. He saw that they had laid out 594 dinars, only six dinars short of 600.

Visiting them again in jail he said, “Give me six dinars and I will free you from this jail.’’

“How is that possible?” they asked him. “The tax collector demands 600 dinars and you only ask for six dinars to free us.”

“Regardless,” he answered them, “give me the six dinars and I promise to free you today.”

They gave him the money and Rabi Shimon then visited the tax collector and bribed him to accept the money and forget about the case.

“They have no money to pay you,” he told the collector, “so what will you gain by keeping them in jail? Take these few dinars, free them and drop the case and no one will the wiser.”

The tax collector agreed and he freed them.

When they arrived home they asked him, “How did you know that it would only take six dinars to free us? Did you have any inside information on our case?”

“No,” he said, “but last Rosh Hashanah night I had a dream that you would be fined 600 dinars. Counting the money you gave to charity, I figured that you were still six dinars short. Therefore, I knew that the collector would accept the six dinars and he would free you. Great is the power of charity.”

“If you had told us about this at that time we would have gladly donated the entire 600 to charity,” they said, “rather than undergo this aggravating experience and be placed in jail.” 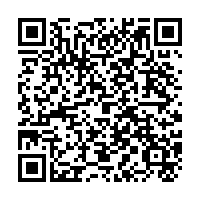