When Terach returned home and saw the havoc that his son Avram had caused, he became very angry and complained to King Nimrod.

“I cannot control my son anymore,” he told the king. “He has destroyed my gods for the second time. I give him over to you to punish.”

The king immediately sent soldiers who captured Avram and brought him before the king.

“Why did you burn your father’s gods?” the king asked him.

“Your honor, it was not me who destroyed the gods,” Avram answered. “It was the large god standing in the rear of the store who did it.”

“Do you think me to be a fool that you tell me such stories,” the king shouted at him. “These gods are not alive; they cannot move.”

“Then why do you worship them, if they are not alive?” Avram asked the king. “Why do you fool all the people into believing that they can help you? Why don’t you worship the true God in Heaven, Hashem? Put your faith and trust in Him and He will help you. You know that it was only because of behavior such as yours that our forefathers were drowned in a terrible flood that Hashem brought upon them.

“Unless you repent you will suffer a similar fate.”

“What are you talking about!?” shouted Nimrod. “I am the true god. I created the world. There is no other god except me!”

“Very well,” answered Avram, “if you are the god then order the sun that usually rises in the East and sets in the West to reverse its order, then I will believe that you are a god.

Argues With The King

Realizing that he couldn’t fulfill Avram’s request, Nimrod then decided upon another line of reasoning. “I may not be an all-powerful god, but I do know who the true god is. It is fire that I bow to.”

“Then why don’t you bow to water that extinguishes the fire?” Avram asked.

“Very well, we will bow to the water,” replied Nimrod.

“Better worship the clouds that carry the water away,” Avram persisted.

“Very well, this we will do,” the king agreed.

“Better worship the winds that are able to blow the clouds away,” Avram replied.

“This too we will do,” Nimrod answered.

“But man is more powerful than the winds for he is able to withstand them,” Avram said.

“Therefore you should worship man.”

Finally, Nimrod grew exasperated and in a rage he ordered Avram imprisoned. He remained in prison for 10 days until the king decreed that Avram should be thrown into a burning fire.

“We’ll see how powerful his god is,” said Nimrod. “If He is stronger than our god of fire, then He should be able to rescue him.”

When the appointed day arrived, the king gathered all of his ministers and the people of his kingdom to watch the spectacle.

When the king’s ministers saw Avram, they immediately recognized him as the boy about whom they prophesied and told the king. The king became very angry, and he summoned Terach.

“Why did you fool me when I told you to give me your son?” the king shouted at him.

Terach became frightened and he began to plead, “It wasn’t my idea,” he said. “It was the idea of my oldest son Haran.”

Haran was brought before the king and asked if he was in accord with his brother Avram. “Do you believe in his god or in my god, the god of fire?” he was asked.

Thrown Into The Fire

The king then ordered them both to be thrown into the fiery cauldron. Their hands were bound and they were heaved into a fire that had been raging for over a week.

Immediately the angels appeared before Hashem and pleaded, “Lord of the Universe!” they said, “Give us permission to rescue this holy tzaddik from the fire.”

They then began quarreling amongst themselves, each wanting to be the one to descend into the fire to rescue Avram.

But Hashem stopped them, saying, “I am One and Only in this world, and so is Avram one and only in his land. It is only befitting that I personally rescue him.”

Immediately, Hashem Himself descended into the fire and surrounded Avram with cool air that protected him from the intense heat. Only the rope binding his hands burned. His clothes, even his shoes, remained intact, untouched by the fire. His brother Haran, in the meantime, was burned.

The people saw Avram walking around in the fire and were in awe. They notified the king who approached the fire and he, too, saw Avram walking around in the intense blaze. He ordered his soldiers to take Avram out of the fire. But the soldiers could not approach as the heat was so intense that it burned their skin. But upon the king’s command the soldiers tried to enter the fire. Eight soldiers immediately died, and many more were terribly burned.

When the king saw this he approached the fire and shouted, “Avram, servant of the true God in Heaven, come forth from the fire. I believe in your God.”

Immediately, Avram walked out. He was untouched by the fire, and when people saw this, a great shout burst forth from them.

The king and his ministers then gave Avram silver and they served Hashem. The king also gave Avram a servant who was named Og.

Hundreds of people began serving the God of Avram, and from that day onward a new religion was launched – a belief in the true God of Israel. May the day soon come when all the inhabitants of the earth shall turn their hearts to the true God in Heaven and may He enter into all of their hearts, and may all the people become as one. Amen. 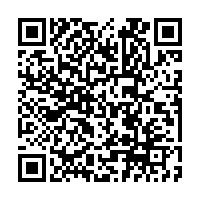