The Talmud tells us that a man’s true character can be recognized through “kiso, koso, ka’aso, his purse [money], his cup of wine and his anger.” This means that a person is usually capable of hiding his true feelings and putting on a good front for others.

When he is tested, however, by a demand for money or when his guard is down through drink or anger, his real character comes out. If a person is capable of responding nobly when he is tempted by wealth, it is a true measure of his greatness.


Such a man was Shimon Ben Shetach, who lived at a critical time in Jewish history, when Greek influence threatened to uproot Torah culture in Israel.

Shimon Ben Shetach was a man who spent every possible moment of his working day in the study of Torah. His only support was from his work in the forest where he would collect nuts from which ink would be made. This was a very precarious living and he was so poor he did not even own a mule.

Despite all this, he not only persisted in learning, he also taught many students without charge. They loved their teacher and he was proud that he was able to instill in their hearts a love of Torah.

One day, however, as he was out in the forest gathering the nuts, he was struck by a sudden thought: “The fact that I have no mule makes my work take so much longer and causes my students to lose a great deal of time during which they would be able to study Torah.”

The thought bothered him so much that he went home and gathered up all his belongings. Taking them to the marketplace, he exchanged them for money and proceeded immediately to look for a mule.

He found a non-Jew who had a mule to sell and a bargain was quickly struck. Happily, Shimon Ben Shetach rode home thinking: “Now I can do my work quickly and have all the extra time to devote to teaching my students Torah.”

When his students saw the mule, they decided to clean it and smooth it for their teacher. As they did so, they saw something attached by a string beneath its neck. They looked closely and were amazed to see a precious diamond!

Running excitedly to their teacher they cried: “Rebbi, Rebbi, may the name of the Almighty be blessed; from this time forward you will never again know from any poverty!”

“What do you mean, my children?”

The students eagerly told him about the diamond that they had discovered and said: “Now you will be able to sit the entire day for the rest of your life and study Torah.”

Shimon Ben Shetach listened and then quietly answered: “No, what you say cannot be. When I dealt with the non-Jew, I only bought a mule, not a precious stone. I had no idea that the stone was there and it would be forbidden for me to take it.

He climbed on the mule and rode back to the marketplace. Finding the seller he said to him: “Here is the diamond that I found on your mule. It is yours.”

The seller was amazed and exclaimed, “Blessed is the G-d of Shimon Ben Shetach.” 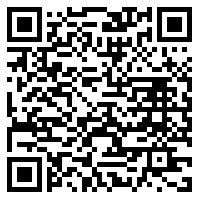