Thousands of people arrived in Baghdad Saturday morning for the funeral of the terrorists killed in the US rocket attack that took out Iranian terror mastermind Qasem Soleimani, commander of the Iranian Revolutionary Guards’ Qods Force. Soleimani will be buried in Iran, but on the way there his funeral procession will pass through several cities in Iraq, as thousands are waving the flags of Iran and Iraq shouting Death to America.

The funeral procession began in Baghdad, and continued through Najaf and Karbala, two holy cities for the Shiites in Iraq. His body will later be flown to Iran, where his procession will travel through Mashhad, a city of religious pilgrimage in northern Iran, then to Tehran, and it will finally reach Kerman Province, where Soleimani was born, in the village of Qanat-e Malek. He will be buried there on Tuesday, according to a Revolutionary Guards announcement.

On Friday, after news broke about Soleimani’s killing, thousands in Iraq and other places around the Middle East went out to celebrate in the streets, and candy was given out as is customary on such occasions.

But in Gaza hundreds took to the streets to express rage at his death. Which means thousands would have gone out to celebrated and sample the local confectionery, but decided to stay home instead.

Hamas and Islamic Jihad in Gaza condemned the killing, and on Saturday hundreds of Gazan Arabs protested in the streets, complete with stepping on Israeli and American flags that were laid out on the pavement. There were a few demonstrations in Judea and Samaria as well, and innocent flags were set on fire.

Hamas spokesperson Ismail Radwan said: “We are loyal to those who stood by the resistance and with Palestine. We see the United States and the Zionist occupation as responsible for the consequences of the heinous crime.”

Ayatollah Khamenei on Friday appointed Soleimani’s deputy, Brigadier General Esmael Qa’ani, as the new commander of the IRGC Quds Force, saying the new commander that succeeds General Soleimani has considerable experience and was the best choice for the post.

Both should probably stay indoors. 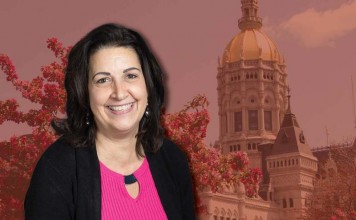