How the Sages of the Talmud used to honor Shabbos! Each day of the week was only an introduction to the coming Shabbos and everything was done with an eye towards Shabbos.

The great sage Shammai would buy a particular choice animal during the week and his family would say, “Come, let us slaughter the animal so that we may have the good meat for our meal today.”


But Shammai would answer, “No, I will not slaughter this today. I will rather wait till Friday and slaughter it for Shabbos. In this way we can honor the Shabbos day properly.”

The next day, if he found an even choicer animal, he would again reject the request of his family to slaughter the animal.

“No,” he would say, “This is even a choicer animal than the first. Therefore, let us save this one for Shabbos and now slaughter the first one.”

In this way Shammai shopped and ate in honor of Shabbos.

The other great sage, Hillel, was different. When he saw that the members of his household were doing as Shammai did, he said:

“It appears to me that it is not correct to save all the good food for Shabbos and make the rest of the week’s food drab and tasteless. Let us rather eat the choice food when we get it and have trust in the Almighty that He will give us out food daily in mercy.

“Let us eat now and trust that G-d will send us choice good for Shabbos, too.”

The great Hillel did not content himself with only being good personally but he also desired to teach and guide others along the proper path. He would do so, however, not with anger and admonition, but through kindness and soft words.

Thus, one day, as he was walking alone the road he met several people who were carrying wheat with them to sell in the marketplace in Jerusalem.

“Peace, my brothers,” said Hillel. “Tell me, what is the price of a measure?”

“Two dinarim,” he was told.

Walking further Hillel came across another group of farmers bringing their wheat to market. Once again, he hailed them and asked how much a measure of wheat was.

Hillel was greatly disturbed. He saw that these men wanted to raise the price of wheat and that the poor people would be the ones most hurt.

“That is odd,” he said. “I met some farmers before who told me that the price of a measure was only two dinarim. Why are yours higher?”

When the men heard Hillel’s words they reacted angrily and said: “You foolish Babylonian, don’t you realize the those people live near the city and it takes only a few hours to reach Yerushalayim? We, however, live far from the city and we have carried the wheat on our shoulders all night. We are entitled to ask more money because of the burden.”

Hillel listened calmly to the angry and insulting words and replied: “Why do you grow so angry, my brothers? I did not insult you. I simply wanted to know the price of wheat.”

Hillel’s simple words calmed the men and made them realize that their own guilty conscience had made them lash out at him in an attempt to rationalize.

They realized that they were really at fault for raising the price and they were ashamed. Hillel noticed this and he began walking with them. He taught them how important it is to do good and justice and to have pity on the poor.

The men heard the words and took them to heart.

“Blessed are you, Hillel,” they said, “for you have returned us to the path of goodness. From now on we will never close our hearts to the plight of our fellowman. We will not raise the price of wheat, but we will have trust in the Almighty from Whom comes all bread and sustenance.”

Greater Than All Else

The Honor of Torah takes precedence over all else and even the simple person who comes with Torah in his hands is one to whom we defer. 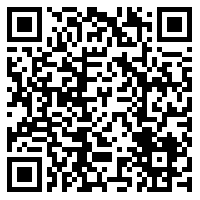