The story of the Bnei Yisrael in Mitzrayim is a tale that has become tragically repetitive in the history of our people. It is the story of a land which allows Jews to enter, and sees them devote their talents and energies to building that land and making it strong, only to see the ungrateful inhabitants turn on them through jealousy and greed.

In reality, the story of Mitzrayim is the story of Spain, the story of Poland, the story of Germany. In each of these lands the Jews came to a backward, depressed land and helped it to rise to world power only to be rewarded for their efforts with cruelty and murder.


The Death Of Yosef

Following the death of the great Yosef, who single-handedly raised Mitzrayim to the rank of the world’s greatest power, all the Egyptians mourned the loss of their great leader. But, even as they mourned, a secret meeting was being held in the chambers of the king.

Gathered there were Pharaoh and his advisors and magicians to discuss the implications that might result from the death of Yosef.

“This is a dangerous moment for us,” said the king. “Bnei Yisrael may now decide to return to the land of Canaan, and we will then lose a brilliant and talented people who have made us great.”

“The words of the great Pharaoh are true,” replied the magicians, “but we feel that we have a solution which will keep them here.

“We have heard that right before his death, Yosef made his brothers swear that they would not leave this land unless they took his bones with them.

“We suggest, therefore, that a simple plan be implemented. If it please the king, let a great lead coffin be made, weighing 500 measures of gold, and have the body of Yosef placed therein. Then have the coffin placed in the Nile River where they will never find it.

“Or, if the king prefers, let the body of Yosef be buried in the royal vaults and let there be built statues of ferocious dogs made from gold. With our magic we will give these dogs life so that they will prevent any stranger from approaching the vaults.

“With either of these two plans you can keep the Children of Israel in Egypt forever.”

Pharaoh listened with approval to the words of his advisors and exclaimed:

“Excellent! Your words please me greatly, and I prefer that the first suggestion be adopted. Let a great coffin be built and place the body of Yosef therein, then have the coffin thrown into the River Nile. I choose this plan rather than the other one because from it we will have a double benefit. The Nile will be blessed with the body of the great man in it and secondly, the brothers of Yosef will never be able to find it.”

After the Egyptians cast Yosef’s coffin into the Nile, Pharaoh ordered that all the wealth of Yosef he brought to him.

Looking over the vast amounts of gold, silver and diamonds, the king suddenly noticed a magnificent staff made of superb, precious stone. Never had he seen such a beautiful thing in this life.

“Quickly,” he ordered his servants, “take this magnificent staff and place it in my royal treasury and guard it with your lives. Never have I seen anything comparable to it.”

Pharaoh did not know it, but this was the staff that had been created by the Almighty on the sixth day of creation, toward evening. It had inscribed on it the first letters of the 10 plagues, d’tsach-adash-b’achav, a hint of the blows that were to fall on the land of Egypt for its treatment of Bnei Yisrael.

Pharaoh’s servants did as they were told and placed the staff in the treasures of the king. One day, however, Yisro, the priest of Midian, who was one of Pharaoh’s advisors, was walking about the palace and saw this magnificent staff.

He, too, was fascinated by the beauty of the staff, and seeing that it was momentarily unguarded, he took it for himself.

Bringing it home, he placed it in the middle of his garden. From that day on, no man could approach the stick, and anyone who tried was swallowed alive. There the staff remained until Moses came and took it.

The Beginning Of The End

With the death of Yosef and the passing of all his brothers and their generation, the Jews began to throw off the yoke of G-d as they grew fatter and richer.

“Let us go in the way of the people of the land,” they said. “Why should we be different? Let us refrain from circumcising our children in order that we be similar to them and more acceptable in their eyes.”

So speaking, they began their march to assimilation. But the Almighty saw this and grew angry.

“Because the Children of Israel have abrogated my treaty,” He said, “I will do away with the love and the friendship of the Egyptians toward them.”

And so it happened. As Bnei Yisrael mingled more and more with the Egyptians, they eagerly learned their ways and their customs. They filled the circuses and the theaters

until they outnumbered the Egyptians.

Slowly, the Egyptians’ love turned to hate as they saw the strong competition coming from the Children of Israel. Going to Pharaoh, they cried:

“We are becoming choked by the presence of these Hebrews, these strangers in our midst. Do something for us, O Pharaoh.”

Hearing this, Pharaoh ordered the Jewish leaders to come to him and he said:

“I hereby order you to cease competing with and annoying my people. Keep yourselves away from them and do not enter their areas.”

From that day on the Jews were doomed in the land of Egypt. The Egyptians began to embitter their lives; they confiscated their fields and the vineyards they had worked so long to obtain. The handwriting was on the wall. 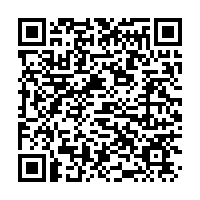