A Jewish minor who was picked up by Shabak for interrogations a few days ago, without seeing an attorney or his family, was rushed to hospital Friday afternoon from the Shabak facility. He is suffering from urgent medical complications.

His family has issued a statement saying, “Now the suspicion that he was being tortured has become a certainty. We call on anyone who can do anything to help. It is a matter of life and death. They took from us a healthy child and now he is being rushed to hospital.”

The Shabak informed the family that their child was being rushed to a medical center but interrogators refused to permit his parents to meet or accompany him.

Attorney Adi Keidar of legal aid society Honenu whose appeal to let the minor be accompanied by a parent was rejected, said that “the contempt for the right of people under interrogation has gone up a notch to a contempt for their state of health. We view very seriously the fact that despite the medical complications the intensive interrogation persists as does the refusal to permit family or an attorney to see him.” 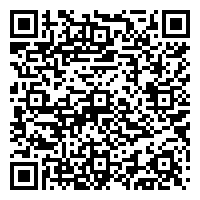