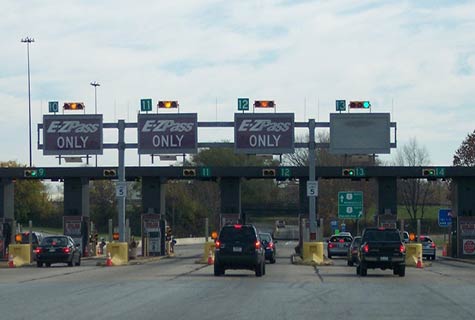 Anyone who wants to avoid tollbooth lines knows that an E-ZPass device allows you to go through without any delays. And actually, on a recent trip I borrowed one and whizzed past the booth. Suddenly, I noticed a sign telling me to slow down to 15 MPH, but it was too late. A screen notification told me that my E-ZPass had not registered.

Hmm. Okay, I’ll be more careful at the next booth. When I reached tollbooth #3843, I made sure to creep through at 5 MPH, sure that this time the light would turn green. But to my chagrin that same gloomy message informed me that I could expect another fine in the mail. What did I do wrong this time, I wondered? Oh, my E-ZPass was sideways, so the sensor didn’t detect it. I began to realize that the E-ZPass is only e-z if you know how to use it.


This reminded me of the Gemara (Brachos 4b) that seems to offer an E-ZPass straight to Olam Haba. Rabi Yochanan said: “Who inherits the world to come? The one who follows the Geulah immediately with the tefillah.” At first glance it seems quite easy. I just have to start Shemoneh Esrei immediately after I say the blessing of “Ga’al Yisroel” and presto: Instant entry to Olam Haba! But this seems quite strange. We all know that good things take hard work – so how could someone become a “ben Olam Haba” through one small action?

Indeed, the students of Rabbeinu Yonah (Brachos, ibid.) ask this question and answer that only if one understands what he is doing will one receive this reward. Here is one of their explanations as to how it works: “When a person mentions the redemption from Egypt and then immediately turns to Hashem in prayer, he shows that he is putting his trust in Hashem through these prayers. One who does not place faith in his friend will not ask him for anything.”

Through this seemingly small action, a person shows that he trusts Hashem. Since this trust is the basis of all our service to Hashem, he has turned himself into a member of Olam Haba. Let us explain.

It states in Parshas Ha’azinu (Devorim 32:11) that Hashem came “ke’nesher ya’ir kino – like an eagle arousing its nest.” The Vilna Gaon explains that this refers to the exodus from Egypt. During the days of enslavement, Klal Yisroel had emunah, but they were in a state of slumber. When a person is asleep, even if he is blessed with the greatest skills and talents, he is doing nothing. In order to entice the Jews to sin, the Egyptians offered a brief respite from the harsh labor and oppression to any Jew who agreed to worship idols. Many succumbed to the pressure until they eventually became complete idol worshippers.

Nevertheless, deep in their hearts, a spark of faith could still be found. Witnessing the ten plagues, that spark was fanned into a roaring flame of faith, and they woke up, until they actually lived based on that faith. How?

The Haggada states that Rabi Yehuda divided the ten plagues into three groups: Detzach, Adash, and Be’achab. The commentators explain that these three groups were in truth three different seminars in emunah. Each one began in Pharaoh’s secret riverside bathroom with an introductory lecture by Moshe, who explained the theme of that session. This was followed by the three plagues that taught that lesson.

The first seminar was to teach that Hashem is the master of the world and that there are no other powers. Therefore, Moshe began (Shemos 7:17), “Bezos teidah ki ani Hashem – Through this you will know that I am Hashem.” The Egyptians worshiped the Nile River as their source of life. When Hashem turned it into blood, He demonstrated that if He so desires, it can be a source of death. They saw the same when the Nile spewed out millions of frogs that wreaked havoc and made their lives miserable. And to prove that Moshe was not just a great sorcerer, Hashem turned every speck of dust into disgusting and painful lice. (Sorcery does not work on something smaller than barley.)

Seminar two was to teach (8:18) “Ani Hashem bikerev ha’aretz – I am Hashem, right here on earth.” Hashem is involved in everything and knows exactly what is going on. In Arev they saw that wild animals, which are normally scared to come into inhabited areas, entered homes without fear. And in the midst of the chaos, as the animals occupied every inch of the streets, if a Jew would walk through, the animals would make way for him. In Dever they saw a deadly plague sweep the country, killing every Egyptian-owned animal that was outdoors, but Jewish-owned cattle were not harmed, even though they were together with the ones that died. And when ashes landed across the country and sprouted into painful boils all over the Egyptians’ skin, the Jews standing right next to them did not get even one. Yes, Hashem was right there, watching and guiding everything.

And finally, seminar three taught (9:14) “ki ein kaMoni bechol ha’aretz – there is none like Me in all the world!” All the powers in the world are really Mine, and there are no limits to My power! In Barad, hail, Hashem showed how two opposing powers, fire and water, joined together to do His will. The locusts showed that Hashem is in control of the forces of nature. He brought this plague through natural winds, and removed it through unnatural winds, even taking away the locusts that had been pickled inside jars. In darkness, when a Jew entered the home of an Egyptian, he had light even though the Egyptian was plunged in complete darkness. And finally the plague of the firstborn showed that Hashem was completely in charge of life itself.

As a result of all these lessons, the Jews put their complete faith in Hashem and were willing to endanger their lives on His behalf. Without any fear, they took the Egyptian god, the sheep, slaughtered it, smeared its blood on their doorposts, roasted it, and ate it right in front of the enraged Egyptians.

When we mention the redemption from Egypt during the morning and evening prayers we do the same. We remind ourselves of these fabulous lessons – that there is no other power in the entire world besides Hashem, He is involved in our lives, and His power is limitless. Then, just as our forefathers put their trust in Him and He saved them, so too we put our trust in Him by immediately starting Shemoneh Esrei. Through this we show that this is not mere symbolism – we believe it so much that we turn to Him, because He is the only one who can truly give us all our needs.

Now that we understand how the E-ZPass works; we see that it requires effort to activate. We must think about the words that discuss the redemption that we say before Shemoneh Esreh, and we must say them with feeling. The more we make these lessons real to ourselves, especially during the Yom Tov of Pesach, the more we will feel that we are placing our load on Hashem and will truly merit an E-ZPass to Olam Haba! 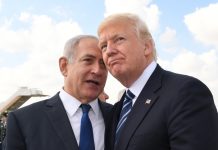 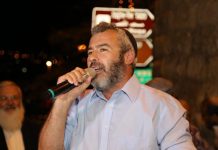 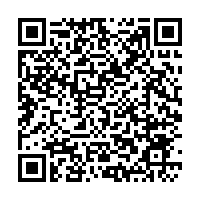