We all know the story of the famous Robinson Crusoe who was stranded on a desert island and spent many years in isolation.

The Jewish people had their own “Robinson Crusoe” many years before the non-Jewish one. He was a man who was forced to flee for his life and spend 12 long years in a cave, together with his son.


However, instead of preserving his sanity by building things and catching and training animals, this man spent his time in study. Complete and utter study of the Torah was the sole preoccupation for 12 long years of the great Rabi Shimon Bar Yochai.

One day, during the time that the Romans ruled over the Land of Israel, Rabi Yehuda, Rabi Yosi and Rabi Shimon bar Yochai were sitting together and discussing various topics. Together with them was man a called Yehuda, the son of proselytes (Ben Gerim).

Their discussion turned to the material achievements of the Romans.

Rabi Yehuda said: “It must be admitted that the works of the heathen are beautiful. They built market places where people can buy cheaply. They have built bridges over the water so that people may cross in safety. They make bathhouses where people may bathe and wash themselves.”

Rabi Yosi listened attentively but he kept silent, neither agreeing nor disagreeing with Rabi Yehuda.

Rabi Shimon however, disagreed, vigorously. “Whatever the heathens have made has not been for the good of the world but only for their own pleasures.

“They have built bridges over the water for the purpose of levying tolls for their revenue. They made bathhouses to delight their own bodies,” he said.

Yehuda Ben Gerim went home and repeated what he had heard. The report spread until it reached the ears of the king. When the king heard this he decreed: “Since Rabi Yehuda has praised our works he shall be elevated and honored. Rabi Yosi, who was silent and neither praised or condemned us shall be sent into exile. Rabi Shimon, however, who had the audacity to condemn us shall be put to death.”

When Rabi Shimon heard this, he gathered up his son, the great Rabi Elazar, and they took refuge in the beis midrash. There the two remained and every day Rabi Shimon’s wife risked her life to stealthily bring them food and drink.

However, Rabi Shimon realized that his wife was in grave danger and so he said to his son: “Perhaps your mother will be tortured and forced to disclose our whereabouts. Therefore let us leave here and find some place that no man knows of.”

And so, the two fled to the forest and hid in a cave. There, a great miracle occurred as the Holy One, Blessed Be He, caused a carob tree to grow inside the cave and a spring to suddenly appear.

Thus, they were able to live, and above all, study the wonderful Torah that was their life. In order to save their clothing, they would take them off and bury themselves in the sand while they learned. And how they learned! The very woods shook from the powerful arguments as these two giants plunged into the deepest mysteries of the Torah. A year passed, and then another, and still another, until 12 years flew by.

At the end of 12 years, Eliyahu HaNavi, suddenly appeared at the mouth of the cave and cried out: “Rabi Shimon Bar Yochai, come out! The king is dead and his decree is annulled!”

When the two heard this, they dressed and came out into the world for the first time in all those years.

“Look!” they cried, as they gazed about. There were farmers plowing and tending to their fields as they tried to make a living for themselves.

Rabi Shimon, however, had become so immersed in the world of Torah that it was inconceivable to him that people would not devote themselves totally to its study.

“Behold these people,” cried Rabi Shimon, “they forsake the Eternal World and lose the World To Come instead they busy themselves with temporary and transitory things.”

Such was Rabi Shimon’s fury that a fierce fire consumed every place he cast his eyes. Immediately a voice from Heaven rang out: “Have you left your cave to destroy the world? Return to your hiding place!”

And so Rabi Shimon and Rabi Elazar returned again to the cave that had been their home for all those years. Twelve more months did they spend there until once again the voice cried out: “Rabi Shimon and his son, leave your cave!”

Rabi Shimon however, was not sure whether he was really destined to go out and whether he would not be caught, and so the two sat at the edge of the cave. As they waited, they saw a hunter setting his traps to catch birds.

Whereupon Rabi Shimon understood and said: “If the birds cannot be trapped except by the Will of Heaven, how much more so is this true for the soul of man!”

And so they left the cave. Rabi Elazar, who was still furious with men for not devoting their lives to Torah would strike them down, but Rabi Shimon, would heal them, saying:

“No, my son. We must understand that not every man is capable of devoting his every moment to Torah. It is enough that there are two, such as us, in the world.”

Thus, Rabi Shimon and his son went home. As they approached, they saw a man carrying two bundles of flowers, running rapidly.

“Pray tell me,” they asked, “why do you carry these flowers, and why do you run?”

“I carry these flowers for the honor of the Sabbath, which is almost upon us.”

“But why do you need two bundles? Surely one would be adequate for the holiness of the day.”

“One is because our Torah commands us, ‘Remember the Sabbath’ and the other because it tells us to ‘Observe the Sabbath.’”

Rabi Shimon’s heart grew lighter and he smiled with happiness as he heard these words.

“You see my son,” he cried out to Rabi Elazar, “how dear are the mitzvos to our people, Israel! I am comforted now.” 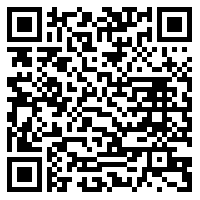