Reports emerged this week in the Israeli media that President Trump would be releasing a peace plan that would include requiring Israel hand over four Jerusalem neighborhoods to the Palestinian Authority, 40% of Judea and Samaria to the PA and internationalize the Old City of Jerusalem.

But Caroline Glick says the reports are all lies.

I asked a senior US official about the Israeli media reports regarding the US peace plans – Partition Jslem, transfer 40% of J&S to PLO. He denied the whole thing. It's fake news. Source apparently Israeli @Israel_MOD or @idfonline. Terrible. Shameful.

Caroline Glick spoke with a senior US government official who is familiar with the American plan, and he denied all the details in the report. He says the reports on the peace plan are fake news.

Glick believes the source of that report is an Israeli from the Ministry of Defense or the IDF. 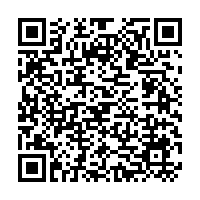