Defense Minister Avigdor Liberman on Saturday night told Channel 2’s “Meet the Press” that Israel would succeed in finding a solution to the kite terror. Liberman said that the defense establishment is drawing lessons from one Friday to the next:

“I don’t wish to go into the technical details, but the fact was that yesterday there was only one kite that crossed the border and there were no casualties [on the Israeli side].

At least 40 Gaza Arabs were injured on Friday during ongoing massive demonstrations along the buffer zone between Israel and the Gaza Strip, according to the Ministry of Health in Gaza, Ma’an reported.

Friday marked the sixth week of protests in Gaza, as fewer Arabs were on hand to take to the borders with Israel to demonstrate their support for the demise of the Jewish State and its being taken over by the Arabs of Gaza.

The Defense Minister also referred to the tension in Israel ahead of the transfer of the US Embassy to Jerusalem on May 14, and said: “There is no free lunch, there is a price for national ambition and the realization of a vision, and the inauguration of the US embassy in Jerusalem will be worth the price.”

“I hope it won’t be costly, but I think the decision is historic, important and dramatic. We should praise the move – and be prepared to pay a price. No one gave us our state on a silver platter.”

Liberman stressed that “there will be an attempt to undermine the celebration and harm it, but we don’t expect casualties. But we are prepared to deal with those attempts.”

Liberman also issued an explicit warning to Iran: “We will not allow them to turn Syrian territory into a front base against Israel.”

“We have no interest in a war and we are doing everything to prevent it,” Liberman said, and praised Israel’s relations with Russia despite its presence in Syria and its cooperation with Iran.

“We have been near the Russians for years and there is an open line of communications with them, and to date there has been no friction, but from time to time we have to figure things out.”

Prime Minister Benjamin Netanyahu will be in Moscow this coming Wednesday, to meet with Russian President Vladimir Putin, to discuss regional developments. Putin invited Netanyahu to join him at the parade for Victory Day over Nazi Germany. The leaders will meet at the Kremlin after the parade. 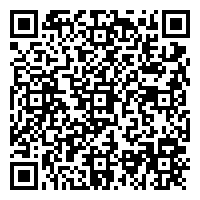