Rabi Yehuda ben Bezalel Lowe, known as the Maharal of Prague, was born in 1525, in Posen, and died in 1609 in Prague. These were troubled times for the Jews in Austria, Poland, and the surrounding countries. Both Catholics and Protestants joined forces to persecute the Jews, and not a day passed that a new atrocity wasn’t inflicted upon them. Into this difficult environment came the Maharal.

Rabi Yehuda’s name evokes the thought of legend. But today let me share with you a miraculous story, of how a soldier was responsible for his marriage to Pearl, the only daughter of the wealthy and prominent Reb Shmuel ben Reb Yaakov.

In his youth the Maharal was already known as a genius. One day, at the age of five, he was studying the story of how Esav and Yaakov were born.

Little Yehuda raised his hand and asked, “I can understand why Yaakov could not come forth because Esau blocked his way, as he was the first to be born. But why wasn’t Esav able to go forth, seeing that there was no one to block his way out?”

The teacher pondered for a moment and the asked, “What is your answer to this question, Yehuda? I know that you are an exceptionally bright boy.”

Even at that young age the children were aware of the miserable lot of the Jews of that era.

At the age of nine, Yehuda was well known throughout the country as a genius and many offers of matrimony were made. Eventually, he was chosen by the prominent Reb Shmuel ben Reb Yaakov who had a five-year-old daughter, his only child whose name was Pearl. The tenayim was signed and the bride’s father agreed to send Yehuda to study in a yeshiva until he became bar mitzvah and then the wedding would take place.

In the meantime, tragic days befell Jewry. War broke out between Turkey and Austria and both sides vented their wrath upon the Jews who were caught in between. Unfortunately, Reb Yaakov, Yehuda’s future father-in-law, was robbed of all his possessions. The advancing soldiers confiscated his stores and warehouses and he was soon reduced to a pauper. That day a sad Reb Yaakov wrote to Yehuda telling him of his misfortune and advising him that he could not fulfill his part of the contract. Therefore, he would free him of his obligation to marry his daughter.

But Yehuda replied that a word given is a word that must be kept regardless of the ensuing circumstances. If G-d saw fit to make them poor, then he would also see fit at a future date to restore their fortunes. In the meantime he would study in the yeshiva, doing odd jobs on the side to support himself and he would wait until G-d showed His mercy again.

Reb Yaakov was profuse in his thanks as he blessed young Yehuda. The years rolled by and Reb Yaakov’s circumstances became worse. In the meantime, Yehuda continued to study in the yeshiva and his name as a gaon became known throughout the country. Many offers of marriage came to him but he brushed them all aside. His future wife had to open a small bakery to support her aging parents who were heartbroken at the turn of events. Over 20 years passed. Yehuda was now 32 years old and Pearl was 28 and still no sign of marriage.

One day an army captain entered the town. He passed Pearl’s bakery and seeing so many luscious challahs and cake, he took his spear, picked up a few of them and began to eat them ravenously. The young and beautiful Pearl rushed out of the store and began to plead with the soldier to stop, for this was her only means of support for herself had her parents.

The soldier took pity on the beautiful girl and he replied: “I hope you will excuse my behavior but this is the first food I’ve had in three days. I just came back from the warfront and I am famished. All I can offer you is this woolen bag which I took from an enemy soldier. I never even opened it to scan its contents, but you can have the bag.” 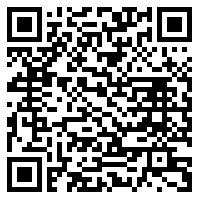