There once was a king who said, “My servants have been very loyal to me. I wish to reward them but I do not know how.”

What did the good king do? He said, “I will let my servants wear my kingly robes.” He then gave his beautiful robes to his servants.

The wise servants wore the robes, taking good care of them. When they removed the robes they folded them neatly and carefully put them in boxes.

But what did the foolish servants do? They put on the royal robes and went about their work. Being very busy with their work, they forgot that they were wearing the king’s garments. Soon these beautiful clothes were so soiled and wrinkled that it was hard to distinguish between their own garments and the kingly ones.

Upon taking off the robes, they threw them on the floor, as they were accustomed to do with their own clothes.

Sometime later the king requested that his garments be returned to him. The wise servants took the spotless and nicely-folded clothes out of the boxes and brought them to the king. The foolish ones picked up the clothes, hoping the king wouldn’t notice that they were soiled, and returned them to their owner.

The king was very happy with the wise servants who brought back his clothes in better condition than when they took them.

The foolish servants, however, only brought upon themselves the king’s wrath. The king was shocked when he saw his beautiful and expensive clothes looking like rags.

The king, thereupon, issued his decrees. To the wise servants he gave a proper welcome and a deserving reward.

So it is with the King of Kings, the Holy Creator. When the bodies of the righteous return to their Maker, the Holy One, blessed Be He, cries out, “Come in peace, rest in your final resting place.” To their souls, He says, “You shall be bound to Me because you have returned to Me as pure as when you started out.”

The return of the wicked to their Maker only angers the Almighty who then says, “The wicked shall see no peace.” He then thrusts their souls aside, saying, “You have not returned to Me what I have given you.”

Attorney Grazhbile Ventslauskayte, Righteous Among the Nations, Dies in Lithuania at 104

Emilie Schindler: Righteous Among the Nations 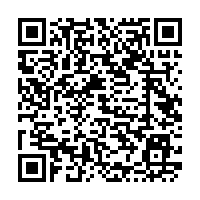