Video of the “medical episode” at the bottom of the article.

Democratic presidential candidate Hillary Clinton experienced a “medical episode” during a 9/11 ceremony that forced her to leave, a law enforcement source who witnessed the event told Fox News.


The Democratic campaign released a statement saying Clinton left the 9/11 memorial ceremony in New York early on Sunday because she “felt overheated.”

“Secretary Clinton attended the September 11th Commemoration Ceremony for just an hour and thirty minutes this morning to pay her respects and greet some of the families of the fallen,” spokesman Nick Merrill said in a statement, adding, “During the ceremony, she felt overheated so [she] departed to go to her daughter’s apartment, and is feeling much better.”

Rik Leventhal of Fox News tweeted, citing the source, that it looked as if Clinton had fainted on her way into a van and was aided by her security detail. The source said the candidate was “clearly having some type of medical episode.”

The Fox News report said Clinton “stumbled off the curb,” her “knees buckled” and she lost a shoe, as she was being helped away from the ceremony.

Fix News cited a second law enforcement source who confirmed that Clinton had left the 9/11 event because she wasn’t feeling well.

Clinton’s campaign has not yet respond to the breaking news.

The video of Hillary’s collapse (watch in full-screen mode):

Video of Hillary after resting at her daughter’s apartment:

Here is Hillary Clinton leaving Chelsea's apartment. (A little girl came up to give her a hug) pic.twitter.com/VreSXmT1Yh 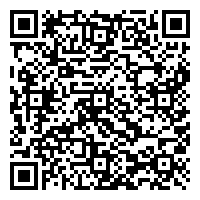