After the death of King Nevuchadnezzar, his son, Eve Merodach, became king, followed by Balshazzar. In his time, two of his princes, Cyrus and Darius, joined forces and formed a revolt against him. He was caught unaware and was defeated. Balshazzar called together his generals and outlined a plan.

“We will not attack during the day,” explained Balshazzar, “because their army is too numerous and they will defeat us again. Instead, we will strike at night, when they least expect us and this way we can hope for victory.”


His soldiers followed his plan, won a great victory and dispersed the enemy. Balshazzar was jubilant and made a great victory feast. He invited many of his captains and hundreds of important people to help him celebrate his victory.

In the midst of his merrymaking, the king ordered his servants to bring out the golden vessels that were taken from the Beis HaMikdash by Nevuchadnezzar. The king, his princes, and concubines drank from them, praising the gods of gold and silver and paying homage to them.

Suddenly, a great hush fell upon the great assemblage. There, high up on the wall, a huge hand suddenly appeared holding a large writing instrument. The hand began to write and four words appeared on the wall: “Mene, Mene, Tekel, Upharsin.”

All the people became frightened at this strange sight and many began to sob. The king called his astrologers and Chaldeans and demanded they explain the words. “If you will tell me the meaning I will give you a chain of gold and you will become the third ruler of my kingdom,” he declared.

But none could interpret the words. The king became greatly troubled and all of his princes and lords were worried.

The queen then rose and addressed the king. “Let not your thoughts trouble you. I remember when Nevuchadnezzar appointed a great man to rule over all the magicians and astrologers in the kingdom. He was endowed with the Divine spirit of his G-d and he could interpret dreams. Let the king summon him and put this riddle to him.”

Daniel was brought before the king. “I have heard of you, Daniel, that the spirit of your G-d rests within you and that you have understanding and wisdom. I have heard that you can interpret dreams and answer all riddles. Now, if you can read the writing on the wall and interpret it for me, I will clothe you with scarlet and place a chain of gold around your neck, and you shall be the third ruler in my kingdom.”

Daniel answered, “I have no need for your honors or gifts, which you can give to others. I will gladly read the words on the wall and I will make known its interpretation.

“G-d gave Nevuchadnezzar a kingdom, power, glory and honor. When he disobeyed G-d, He punished him and in his latter years he came to realize that there is only one G-d in this world, so G-d restored the power to him.

“Now you have not humbled yourself and believed in Him, even though you knew all this. You have revolted against G-d and even brought forth all the vessels from His Holy Temple and paid homage to false gods.

“Therefore, G-d is now foretelling your future. This is the meaning of the words: Mene – G-d has numbered your kingdom and finished it. Tekel – You are weighed in the balances and are found wanting. Pharsin – You kingdom is divided and will be given to the Medes and Persians.”

Balshazzar began to fear for his life. He posted 24-hour guards about his palace and he instructed them to let no person enter without his permission.

“If you see a person trying to enter at a late hour, even if he tells you that he is your king, don’t believe him but immediately remove his head.”

That night Balshazzar could not sleep. Perhaps his guards were lax. Slipping out of his room, he quietly passed through his guards to test them if they were alert. But when he tried to get back into his room he was accosted by a soldier.

“We were warned against such an incident,” replied the soldier. “You can’t fool me, you are an imposter. For the king would not be wandering about at this hour.” Drawing his sword, he killed the king.

When the other soldiers gathered around the slain king they soon realized what had happened. Fearing retribution, they cut off his head and placed it in a sack and ran towards the camps of Cyrus and Darius.

Approaching the camps of the opposing warriors, they were stopped, and when they explained their mission they were immediately ushered in to the two kings. They then explained everything that had transpired, how the king was warned by Daniel that he would die and how he was mistakenly killed.

Darius arose and exclaimed, “Now I am convinced that the G-d of Israel is the true G-d. If He is willing, when I will become king of Babylon, I will permit the Jews to return to their land and I will give them back all the vessels which were taken from them.”

G-d listened to his pleas and he became the next king of Bavel. 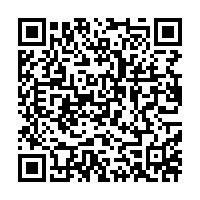