Why do the wicked prosper and the good suffer? This question has troubled scholars and sages of all ages. As a consolation to the righteous, Chazal relate the following story:

A certain man had a horse, a mule and a pig. The two beasts of burden were given each day a certain measure of grain, while the pig got as much as he could eat.

“Look here, brother,” said the horse to the mule one day. “I don’t think we are treated right. We who do all the master’s work are getting just a certain ration of food, whereas the hog who does nothing but loaf around the place gets as much as he can devour.”

“When the time comes you will understand why,” replied the mule.

A few weeks later, the master killed the hog and made a banquet for his friends.

“So with the wicked people,” say Chazal. “His pleasure is only temporary, in this world only, while the righteous will reap everlasting rewards in the world to come.”

How Could Man Be Punished?

The Emperor Antoninus once asked Rabi Yehudah HaNasi, “How can man be punished in the Heavenly Court? The body can say, ‘It is the soul that sinned. For, since it has departed from me, I am lying in the grave like a stone, unable to do anything.’ The soul also can argue, ‘It is the body that sinned. For, since I was separated from it, I am fluttering in the air like a bird, incapable of committing any sin.’”

Rabi Yehudah answered, “I will tell you a story that will illustrate G-d’s method. A king had a beautiful orchard, containing fine, luscious fruit. One day he went on a long journey and entrusted the delightful garden to two watchmen, one of whom was blind, and the other lame.

“Said the lame fellow to his sightless comrade, ‘What wonderful fruit I see on the trees. If I could only reach it.’

“The idea pleased the other very well and before the emperor returned from his journey, there was no fruit left. When the ruler accused the blind man of misappropriating the fruit, he said, ‘Have I eyes to see how to pick fruit?’

“When the emperor demanded an account of the lame fellow, he retorted, ‘Could I reach the fruit if I wanted it?’

“So the king set the lame man upon the back of his blind colleague and chastised them together.

“G-d does the very same thing,” concluded Rabi Yehudah. “He puts the soul into the body and inflicts punishment upon them while they are together.”

The Righteous And The Wicked 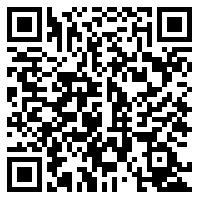