It was the “night of watching”… the first night of Pesach in the year 1513. Silently, the moon floated through the clear heavens and the little stars smiled with their soft rays as they greeted the old city of Worms that lay stretched out at their feet. It was a beautiful night, and peace reigned supreme.

Every Jew was seated at the Seder table, covered with its white cloth and set with matzos, the bitter herbs, the red wine and the glowing candles. Each one was reading with touching sincerity and deep devotion from his or her Haggadah.

Especially beautiful were the Seder festivities in the house of Rav Bezalel, a descendant of Rav Hai Gaon, scion of the house of David in the male line, and the highly revered, divinely gifted rav in his community. True to the words of the Haggadah, “He who is hungry come and eat!” many homeless people had been invited to his table and added to the joyful spirit of the celebration.

With enthusiasm, zemiros that had been purposefully collected for the evening were chanted.

And just as the melodious litany, “And it came to pass at midnight,” was intoned, groans and moans of pain were audible. Rav Bezalel’s wife was in labor. Several persons ran to call the midwife.

At the same time, a man, completely wrapped in shawl, and carrying a bundle on his shoulders, approached Rav Bezalel’s home. Despite the darkness of the narrow street, he strode forward with the firm step of one who was sure of his way.

However, when he caught sight of the people coming out of the house, he ran away. The night-patrol who saw the man with the bundle guessed that it was a case of a runaway thief, captured the man and brought him to the city magistrate.

There it was established that the man had the corpse of a child concealed in the bundle. He was thoroughly frightened. In order to divert the suspicion of murder from himself, he made no secret of the fact that he had been hired by several Christian citizens, whom he named, to smuggle the corpse of a Christian boy, who had died on the preceding day, into the cellar of Rav Bezalel. All the conspirators were thrown into jail. During the same night a boy was born to Rav Bezalel.

During the davening on the first day of Pesach, prayers of thanks were recited. Rav Bezalel delivered a sermon which was introduced by the words of the Haggadah:

“And it is the same promise which has been the support of our ancestors and of us as well; for it is not one who has risen up against us to annihilate us, but in every generation an adversary has risen against us to destroy us. But the Holy One, blessed be He, delivered us out of their hands.”

At the seudah after the bris, Rav Bezalel said:

“The child is our people’s comforter. He has come into the world in order to free us from the terrible blood-lie, the most ignominious calumny which we suffer.”

He was named Judah Loew and came to be known later in life as the Maharal of Prague (from The Golem, by Chaim Bloch).

Only two people in the city of Prague hated the holy Rabi Loew, the Archbishop of the city and the local priest, a Jew who had converted. The priest in particular hated the Maharal, who always put him to shame for changing his religion. He swore to take revenge upon the rabbi when the moment presented itself. That moment was not long in coming.

The Meaning of Tu B’Av 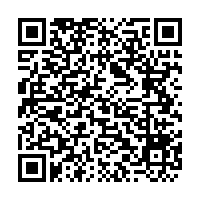