The kinship and love between Jews is one of the cardinal principles and hallmarks of Judaism and none could match Rav Eliezer-Lippa, father of the two great chassidic leaders Reb Elimelech of Lizhensk and Reb Zusha of Hanipoli, when it came to this particular characteristic.

Rav Eliezer-Lippa would spare no money or effort when it came to helping out a fellow Jew who was in desperate straits. Above all, he took a special interest in those poor Jewish tenants-farmers who were constantly being harassed by the feudal landlords because they fell behind in the staggering tax payments imposed on them.

It was the custom of the landlords to take these poor Jews and throw them into prison until they or someone else paid the debt. Rav Eliezer-Lippa was one who gave all that he owned for the mitzvah of pidyon shvuyim (redeeming the prisoners).

One time he heard that in a nearby town a certain Jewish tenant-farmer had been imprisoned by the landlord because he was unable to pay his rents and taxes. Leaping into his wagon, he took all of his money and drove off to see what he could do. When he arrived at the landlord’s home, however, he was told that the amount owed was twice as much as he had.

He pleaded with the landlord to accept the money that he had in payment of the debt and free the prisoner. His pleas were effective and the man was freed. Following this, the landlord turned to Rav Eliezer-Lippa and said, “I see that you are a truly good and righteous man and I am sure you are also an honest man in business. I have a business proposition you might be interested in.”

“I have a certain relative who is a wealthy landlord in a town not far from here. He has a great deal of agricultural produce – wheat, barley, flax – that he is interested in selling, but he has been looking for an exceptionally honest merchant whom he can trust.

“I am sure you would be the perfect man and I will give you a letter to him so that he will sell you his merchandise.”

When Rav Eliezer-Lippa heard these words he replied, “I thank you very much for your trust in me but I am afraid that I have no money with which to buy the merchandise. You see, every available penny that I had, I gave you to redeem the prisoner.”

When the landlord heard this, he said, “In that case, I will do this. Here is the money back and use it to buy produce. When you have earned your profit I am sure that you will come back and repay me.”

“I appreciate this very much,” said the rav. Taking the money and the letter he set off for the town to buy the merchandise and realize a handsome profit.

Arriving at the merchant’s home he explained why he was there and showed him the letter. The landlord read it and said, “My relative speaks very highly of you and he recommends that I do business with you. Since I have great respect for his judgment, I agree to it.”

The two men sat down and worked out a price and all the other necessary details. Then Rav Eliezer-Lippa went down to the granaries to look over the produce.

As he was walking with one of the servants he heard a terrible groan coming from one of the nearby buildings.

“What is that?” he asked in horror.

“Oh, that is a Jew who has been imprisoned by the landlord because he is behind in his debts. The landlord has decided to starve him to death.”

When Rav Eliezer-Lippa heard this he rushed back to the landlord and cried, “I wish to pay the Jewish prisoner’s debt immediately. Here is the money so you can release him.”

When the Jew had been released, Rav Eliezer-Lippa prepared to leave. Where are you going?” asked the landlord in surprise. “What about the business deal that we have?”

Rav Eliezer-Lippa stood straight and stared at the landlord directly in the face saying, “I will be quite frank with you. Since I have seen with what cruelty you behaved towards this Jew, I have decided that I have no desire to do business with you in any way even if this means losing enormous profits.” 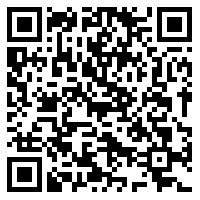