Bnei Yisrael marched out of Mitzrayim with a mighty hand under their great leader Moshe. This was not, however, their first attempt to escape from Mitzrayim and return to the land that G-d had promised their fathers.

One hundred and eighty years after Bnei Yisrael went down to Mitzrayim, a man named Yignon of the tribe of Ephraim appeared before the people and said:


“G-d appeared to me and told me to take Bnei Yisrael out of Mitzrayim because the time has come for their redemption.”

Most of the Jews refused to believe Yignon, but the tribe of Ephraim agreed to follow him. They marched out of Mitzrayim with complete faith in their new leader, not even taking food along with them.

“We will buy food from the Plishtim,” they declared, “and if they refuse to sell us the food, we will take it from them by force.”

And so the children of Ephraim reached the area of Gos, and they saw Plishtim tending their cattle and sheep.

“Sell us some of the cattle you have there,” they called, “because we are very hungry.”

“We cannot sell you anything because the cattle are not ours,” the shepherds replied.

“In that case we will take them ourselves,” Yignon said.

A great battle soon raged between Ephraim and the Plishtim. Many fell on both sides, but eventually the valley of Gos was filled with the bodies of the fallen Ephraimites. There the bones remained for many, many years until the Navi Yechezkel, in his

vision of the dry bones, restored them to life through the Word of G-d.

A few stragglers managed to stagger back to Mitzrayim where they told the whole tragic story. Thus, the attempt to leave Mitzrayim – made in defiance of G-d’s command – proved a failure, and the Israelites remained slaves.

Meanwhile, Moshe was reigning as king in Ethiopia. For 40 years he ruled with kindness and justice, and was much beloved by the people. Now, however, Menechris, son of the former King Nikanos – who was an infant when his father died – was of the proper age to reign in his father’s place and Moshe turned over the kingdom to him.

Now 67 years old, Moshe was still afraid to return to Mitzrayim, and so he put on his Egyptian clothes and went to the Land of Midyan. As he arrived, a drama was taking place in that country.

In Midyan there lived a pagan priest, Yisro, who was greatly respected by his people. He worshiped idols of stone and wood and led all his countrymen in this religion.

But Yisro was not a fool. He was a clever and analytical thinker, and he soon came to the conclusion that his worship of these idols was futile and foolish. They were not really gods, he saw, and so he called his people together and said:

“My people, I have a very important message to tell you, and I would like you to listen very carefully. I have grown old and I can no longer worship and lead you in the worship of all these gods.

“I call upon you, therefore, to please choose some other man to be your priest. Choose a younger and stronger man, and allow me to retire in my remaining years.’’

“Cursed be the man who befriends Yisro and who helps him do his work and who shepherds his flocks!’’

Thus was Yisro ostracized, and his life became difficult. However, since he had seven daughters, he called then in and said:

“Since we have no one who is willing to help us any longer, you must become shepherds and take care of our flocks.

It was at just such a moment that Moshe suddenly appeared on the scene. He saw the shepherds chasing away the young girls, and he felt sorry for them. He came forward and drove away the bullies, thus allowing the girls to draw water for their flocks.

And the Almighty looked down and saw what Moshe had done.          “Because Moshe did such a thing,” He said, “and because he had pity on strange girls, he shall now be called the servant of the Lord, and the people of the world shall know that My servants are good to all and that their mercies are on all the creatures of the Lord.”

And the daughters of Yisro rushed home to their father and excitedly told him about the incident.

“Father,” they exclaimed, “a Mitzri saved us from the shepherds who tried to drive us away from the well.”

Moshe stood outside the home and heard the words of the daughters of Yisro. He did not, however, come forward to correct their mistake.

Because of this, the Almighty said: “Because Moshe did not object to being called a Mitzri, because he did not say that he was a Hebrew, therefore he will not be privileged to enter the Land of the Hebrews, and his bones will not be buried there.” 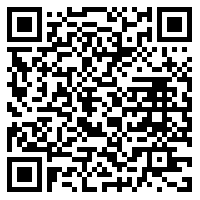