Religious men are not more or less abusive than the general male population. The basic difference is that in addition to the well-known methods of abuse, the religious sector has an added religiously-affiliated cruelty. That is to say, that many religious men are so stringent in their observance of the laws, they will force their beliefs on their wives and children and will not permit an iota of straying from their roadmap of religious observance. One such religious abuse is the “Shabbos Table Terrorism.”

For instance: degrading the woman during Kiddush and refusing to give her a taste of the Kiddush wine because she is not worthy of his wine. Another example: violently removing the tablecloth, causing the dishes, cups, tableware, wine, challahs and candles to come crashing down because something is not as precise as he demanded or not as tasty as he likes.


The obstacles the religious woman faces upon deciding to leave the house are much more difficult to overcome than those of her non-religious counterpart. They include the fear of the reactions from family members and the community at large. And how will it affect the future shidduchim of the children? The “beaten woman syndrome” is a tremendous burden, building her guilt feelings as it clashes with the famous biblical sayings, “a worthy woman does as her husband wills.”

Three dedicated professional people carry the full burden of Bat Melech on their shoulders. The founder of the shelter, chareidi attorney Noach Korman was exposed to these types of stories while serving as a toein rabbani in Beit Din and was surprised to discover that there was no address to which religious women could turn. The existing shelters were simply not geared to accept women from the chareidi sector. Kashrut was not adhered to, Shabbat was desecrated and the entire mannerism of language, dress and cultural upbringing was foreign and abhorrent to this sector. He thus decided that a shelter geared to serve these disenfranchised women must be created.

In the year 2000, in the lobby of a small hotel, Mr. Korman saw a Chasidic woman with a tiny baby in her arms; escaping from her abusive husband, she had nowhere to go. “It was very clear to me,” says Mr. Korman, “that Hashem will not accept the phenomenon of a beaten woman shedding tears of pain. I want to do something.” Setting his mind to the task, Mr. Korman began soliciting donations and in that very year opened the first shelter.

At his side are two immensely dedicated women: Sali Geva, the director of one of the two Bat Melech shelters who has experienced literally thousands of unbelievable, terror laden stories, and attorney Tzilit Jackobson, who serves as the shelter’s Board Chairperson and heads its legal department. Both are religious women who are no longer surprised to see that “women who arrive here look like us and are from the same background.”

Why exactly is there a necessity for a separate shelter for religious women?

Tzilit: You have to understand that any woman who escapes an abusive home is brave. But a religious woman needs an extra dosage of bravery and guts – to tear the children out of their schools, away from their father, to leave the familiarity of the shul, the community. The sect they come from (Ger, Chabad, Satmar, etc.) is something they leave behind when they make that final move. Here in the shelter we understand clearly all of the different minhagim, the nuances they bring along, even the manner of speaking (Hebrew, Litvish or Chassidish Yiddish, etc.). The staff here is comprised totally of religious personnel, which helps tremendously in building confidence. We do everything possible so that the trauma of the abuse they were witness to and the final escape which the children experienced will be minimized here. We do everything we can to place children into classes that teach in the style and methods they are used to. 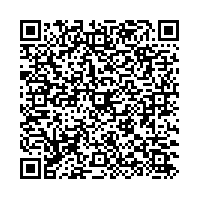