In the year 1135, on the island of Sardinia, a strange occurrence took place every night. Something so bizarre people were afraid to venture out of their homes.

A weird creature was roaming in the nearby forests. It seemed to be half man and half animal. It was seen in the company of other animals and its nightly howls filled the inhabitants of the island with terror.


Finally a local baron organized a hunt to capture this strange creature. With the blowing of trumpets and shouting at the top of their lungs, the hunters drove all the wild animals towards a pen erected at one corner of the forest. Towards late afternoon they entered the pen and there amongst the animals was the creature.

He had the appearance of a man overgrown with hair on his head, face and body. He crawled and ran on his hands and knees and uttered fierce growls when anyone approached him. He ate and chewed only grass. People came from all over to see this strange creature in a cage. The wise men of the time decide he must be a sort of missing link between man and animal.

The Ibn Ezra happened to be on the island at that time and was intrigued by the story of this creature. He knew that according to the Torah no such animal was created.

Visiting the cage, the Ibn Ezra saw immediately that this was a man who apparently was demented. His behavior was queer. He would only growl.

Pressing close to the cage, the Ibn Ezra shouted the words, “Shema Yisrael…”

Suddenly the wild look disappeared from the creature’s eyes and unconsciously he completed the sentence, “Hashem Elokeinu Hashem Echad.”

The Ibn Ezra was now convinced. He approached the officials who took the man out of the cage and began treating him. However, he was too far gone. In his few lucid moments he told of being burnt at the stake by a band of zealots because he was a Jew and would not change his religion.

Through a miracle, a violet storm broke out, which scattered his attackers and put out the fire. He managed to escape to the island of Sardinia. But he feared all men and was only comfortable with the animals who at least made no attempt to harm him.

It was this dormant spark of Yiddishkeit within him that made him utter the famous cry of our martyrs.

Although he was given bread and meat, he shunned them and continued eating grass. The poor man never completely regained his sanity but thanks to the Ibn Ezra he was spared the confinement of being treated as an animal in a cage.

Eventually, the Ibn Ezra learned that this demented man escaped again into the forest and was never heard from again. A soul lost to society through man’s inhumanity to man.

His Prayers Answered Through Charity

The great gaon, the Maharsha, was building a new yeshiva. People from all parts of the country contributed money for this worthy cause. Finally, the day came when the cornerstone was to be laid. The entire town turned out for this event. As was the custom, the honor of laying the cornerstone was auctioned off. The honor would go to the highest bidder and his name would be engraved on the stone.

Before the bidding began, a pious man called over the shammos and said to him, “I want to purchase the honor of laying this stone at any price, but only on the condition I remain anonymous.” The shammos agreed.

The bidding began at a very lively pace until it reached the sum of 500 rubles. Then the shammos announced an anonymous bid to top it. 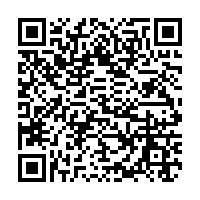