It was the night of Shavuos, the anniversary of the giving of the Torah, and the Jews in Jerusalem adhered to the custom of remaining up all night and studying the Torah. Not all, however, could do so, and as the night wore on, a few got up to go home.

One of them went for his coat and found it missing. “My coat,” he cried, “someone has taken my coat.”


An announcement was made and then repeated in the morning but the coat was not returned. The Jews were flabbergasted. It was not the value of the coat that mattered but the fact that in the holy city of Jerusalem, a thief lived.

The rav of the city at the time was Rav Meir Auerbach but Rav Shmuel, though a young man, was already recognized as a genius in Torah.

When he saw that all efforts to find the thief were in vain, he asked permission to speak from the pulpit. When it was granted he rose before the entire congregation and spoke about the awesome day of Shavuos when the Torah was given.

“Even the inanimate object knew that this was a special day,” he said. “The moon, the sun, the heavens and even the trees listened as the Almighty said: ‘Thou shall not steal.’”

“This coat rack which held the coat saw the thief and is duty-bound to tell us, for one who saw a crime and does not report it is as guilty as the thief.”

Bending low over the coat rack, Rav Shmuel pretended to listen to it. Straightening up, he turned to the people and said:

“The coat rack will not tell. We must impose upon it the penalty of forty lashes. “

With that, Rav Shmuel took a belt and began to lash the coat rack. Suddenly he stopped and bent over once again:

“What?” he said, “you will tell us? You say that the thief is here and that on the front of his hat he has a little black spot of dirt?”

Looking up quickly, Rav Shmuel noticed a man near the front stealthily examining his hat.

“Come over here,” he shouted, “you are the thief!”

The thief was momentarily confused and he blurted out a confession on the spot.

The people saw the wisdom of the young rabbi and all of them knew that he was destined to be a great leader and teacher in Israel.

Reb Aryeh Leib, the author of the Shaagas Aryeh, was one of the great minds of all times. His genius led him to be very impatient with people, especially with communal leaders who were not worthy of their exalted positions. Because of this he was seldom able to remain as rav in one town for very long, and spent much of his life wandering from city to city, in great poverty.

Once, when he reached the city of Koenigsberg, he came to the home of the rav of the city, the great Reb Aryeh Leib Epstein, author of Sefer Hapardes.

Without bothering to introduce himself, the Shaagas Aryeh, began a complicated discussion with the rav of Koenigsberg.

Both giants of Torah rose higher and higher in the intellectual battle, each one asking and the other answering. Finally, the Shaagas Aryeh gained the upper hand and asked a seemingly triumphant question.

The rav of Koenigsberg, however, reached for a sefer on the table and said, “I will answer you from here.” And he proceeded to give an answer from the sefer he held in his hand. It was the Shaagas Aryeh.

When Reb Aryeh Leib saw this he cried out in protest, “You do not understand what the author of the sefer meant! I know what he really wrote.”

The rav of Koenigsberg looked into the eyes of the stranger and saw them burning with a strange and mysterious fire. He suddenly realized that here was the Shaagas Aryeh himself!

“Forgive me,” he cried out, “for not recognizing you.” And rushing out, he ordered that a special room be set aside for his great guest. He insisted that the Shaagas Aryeh remain, and every day he would sit with him and discuss Torah for hours.

A Call From Metz

Several weeks later, a letter arrived for the rav of Koenigsberg from the community of Metz in the Rhine Valley. This city was a great center of Torah in those days. Indeed, in the Middle Ages, it’s rav had been the famous Rabi Eliezer of Metz, the student of the great Rabbeinu Tam and the author of the stupendous work Sefer Yereim.

Opening the letter, the rav of Koenigsberg saw that the leaders of the Metz community had invited him to be their rav. It was a great honor but Reb Aryeh Leib of Koenigsberg never hesitated. He knew what had to be done.

Taking Reb Aryeh Leib, the Shaagas Aryeh, by the hand, he said, “Your Torah proclaims your greatness and your awe of G-d is greater even than your wisdom. You are also strong and unafraid. Because of this it is only proper that you sit upon the chair of the rabbinate of Metz, the position that the great Reb Eliezer once held.”

And this is how the Shaagas Aryeh, at the age of 70, became the rav of Metz. 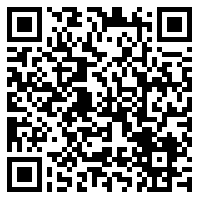