Likud Knesset Member Miri Regev cancelled on Wednesday a planned Knesset Interior Committee visit to the Temple Mount, explaining that although she really wants to examine first-hand why Jews are not allowed to pray at the Temple Mount, she is not about to do so if it will cause “tensions.”


Only a nit-wit would not know that nothing infuriates the Arab world more than an Israeli government official visiting the Temple Mount, the holiest Jewish site in the world.

Regev has to be incredibly naïve, or something less flattering, to think that she really could lead a an efficacies Knesset visit to the Temple Mount as if it were a tourist trip.

Then-Prime Minister Ariel Sharon paid a visit to the Temple Mount during the 2000 election campaign, and his little jaunt was the “shot heard around the world,” credited with touching off the long-brewing second phase of the Intifada, also known as the Oslo War.

Arab media, at least once every week or so, describes how Jews “storm” the Temple Mount.

Just to make sure the Jewish visits do not cause “tension,” police are on hand at the Temple Mount to make sure that Jews don not bring any prayer books with them and do not committee ultimate offense of praying, or even looking like they are praying.

She said she wanted to examine the possibility of allowing Jews to resume praying, although visiting the site is embroiled in a deep controversy among rabbis. The Chief Rabbinate forbids ascending the Temple Mount because of a host of issues concerning Jewish law, while some national religious rabbis permit it.

MK Regev knows full well that after the Six-Day War in 1967, Moshe Dayan granted the Muslim Waqf authority over the Temple Mount.

Jews continued to ascend for many years and even prayed there until the Muslim fanatics began flexing their muscle.

The Palestinian Authority, led by its nose under the de facto leadership of Arab World heavyweights, has conducted a campaign for years to show that Jews really have no business being on the Temple Mount.

Muslim clerics constantly deliver sermons and incite the local Arabs with claims that Israel is trying to dig tunnels under the Temple Mount to cause the collapse of the Al Aqsa mosque.

It is old news that the Arab world claims the First and Second Temples are another Jewish lie, like the Holocaust, and that the Western Wall actually was a hitching post for the Prophet Mohammed’s horse.

So why did Regev insist on leading a visit there and then look foolish by backing down? Because she does not want to become Feiglin Number 2 and be a black sheep in the Likud.

Moshe Feiglin, Prime Minister Binyamin Netanyahu’s favorite thorn in the side, has made it a habit of ascending the Temple Mount every month, but his previous visit sparked a protest by Arabs and ended up with the police hauling him away.

Because Feiglin now is an MK, and Netanyahu, wanting a bit of peace and quiet, ordered him to stay away.

Feiglin, not one to step down from principles, announced on Wednesday that he no longer will automatically vote with the coalition, even though he won his long-sought objective of being a Likud Knesset Member in the recent elections.

“I have nothing against the Likud or the coalition but we cannot accept dictates from the Waqf,” he wrote on his Facebook page.

He said he will be more than happy to vote with the government once he is allowed to visit the Temple Mount again.

He is not holding his breath.

Jewish Press editor Yori Yanover reported several days ago that a source close to the Prime Minister told Feiglin that if he visits again, he would touch off “World War Three.”

The Arabs won Round One by keeping Feiglin off the Temple Mount.

Now they have won Round Two, leaving MK Regev out of the ring. 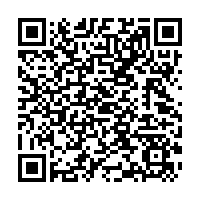