An Orthodox Jewish woman from Monsey, N.Y. is suing the Lancome cosmetics firm, claiming that its 24-hour makeup does not last as long as advertised and thus prevents her from looking good all Shabbat.

Rorie Weisberg of Monsey, N.Y. said in her lawsuit that Lancome’s Teint Idole Ultra 24H foundation does not last 24 hours and that the company is practicing false advertising, a violation of New YorkState business law, the New York Post reported Wednesday.


Weisberg’s lawsuit says her son is having a bar mitzvah next month and that she tried the Lancome foundation in advance to see if she could look good in her makeup for the entire 25-hour celebration. Jewish law prohibits removing and replacing makeup during the Sabbath.

“The 24-hour claim was central to plaintiff’s purchase decision, as a long-lasting makeup assists with her dual objectives of compliance with religious law and enhancement to her natural appearance,” according to the lawsuit.

The suit seeks unspecified damages from Lancome and its parent firm, L’Oreal, for Weisberg and other makeup purchasers, as well as a “corrective advertising campaign.”

A spokeswoman for L’Oreal said in a statement that the lawsuit has no merit and Lancome stands behinds its products.

“We will strenuously contest these allegations in court,” the spokeswoman said. “Consistent with our practice and policy, however, as this matter is currently in litigation, we cannot comment further.” 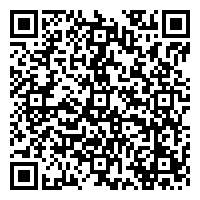