Green Peace activists climbed the Chords Bridge at the entrance to Jerusalem, March 21, 2013, to hang a banner saying “Obama Stop Arctic drilling,” just as the U.S. President’s entourage was entering the city. Police arrested eight Green Peace activists who chained themselves to the same bridge, demanding Obama halt exploratory drilling in the Arctic.

Now, that’s a settlement freeze I could live with. 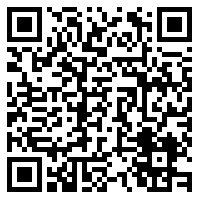