U.S. President Barack Obama gave two speeches on Thursday, March 21, one to Arab Palestinians in a joint press conference with acting head of the Palestinian Authority Mahmoud Abbas in Ramallah, and the other to Israelis at the Jerusalem Convention Center.

His talks were ostensibly about the state of relations between the different parties, but everyone knew that the animating impulse was to kickstart the “Middle East Peace Process.” Everyone who watched the speeches or read the transcripts, are now desperately looking at the tea leaves to see what just happened.


The substance of Obama’s two speeches, the venues in which they were given, the words chosen, the words avoided, taken all together paint a vivid picture of this president and his beliefs about the region.

One speech he gave in Ramallah, the acknowledged seat of government of the Palestinian Authority, where he gave a joint press conference with Mahmoud Abbas, the acting leader of the PA.  The other he gave in Jerusalem, not at the seat of Israel’s government, and not directed to Israel’s elected leaders.

At the Jerusalem speech the U.S. president spoke directly to the citizenry of Israel, mostly university students – minus those, such as students at a newly credentialed Israeli university located in Ariel – which is situated beyond the “green line” and, apparently, for Obama is beyond the Pale, ironic given the large number of Arabs who are students at that university.

The speeches revealed little that is new: Obama believes there should be two states on the land, one, the Jewish homeland, Israel, and the other, a new one for Arab Palestinians, called Palestine.  He criticized Hezbollah and Hamas as terrorist entities, praised what he said was the Palestinian Authority’s transparency, institution-building and security services, and lauded Israeli ingenuity.

“Only in Israel could you see the Dead Sea Scrolls and the place where the technology on board the Mars Rover originated,” Obama told the audience in Jerusalem.

But there were clear indications of what Obama believes, and what he wants to have happen between Israel and the Arab Palestinians.

He believes that the Arab Palestinians, like all “oppressed” people, are yearning for freedom which, when granted, will quell their hatred for their oppressors.  He certainly sees their plight as akin to that of African Americans before the passage of the 13th Amendment to the U.S. Constitution, abolishing slavery. And he links the idea of slavery and second status-hood of African Americans with Arab Palestinians.

And those of us in the United States understand that change takes time but it is also possible, because there was a time when my daughters could not expect to have the same opportunities in their own country as somebody else’s daughters.

Obama talked about the Jewish people who were slaves in Egypt, and who had suffered pogroms and genocide and their freedom, expressed in Zionism.

“The idea that people deserve to be free in a land of their own,” Obama said, and that once the Jews achieved that, they should know that “responsibility does not end when you reach the promised land, it only begins.”  Suggesting, not too subtly, that it is the responsibility of Israelis to enable Arab Palestinians to enjoy their freedom in their own homeland.

Appealing directly to the Israeli people, the U.S. president said

The Palestinian people’s right to self-determination and justice must also be recognized.  Put yourself in their shoes – look at the world through their eyes.  It is not fair that a Palestinian child cannot grow up in a state of her own, and lives with the presence of a foreign army that controls the movements of her parents every single day.  It is not just when settler violence goes unpunished.  It is not right to prevent Palestinians from farming their lands; to restrict a student’s ability to move around the West Bank; or to displace Palestinian families from their home.  Neither occupation nor expulsion is the answer.  Just as Israelis built a state in their homeland, Palestinians have a right to be a free people in their own land.

In other words, Obama believes virtually every one of the points of the false narrative that have been spun since Arafat was brought back from Tunisia: the Arab Palestinians are the sole native people, Israeli “settlers” commit violence and that violence goes unpunished, Arab Palestinian farmers are prevented from farming “their” land, the movements of Arab Paelstinians are restricted for no reason other than Israeli arrogance and greed, Arab Palestinians have been unfairly expelled from their land and they live under a state of Occupation in their own land, and, ultimately and completely, the land belongs, always belonged and must belong to the Arab Palestinians. 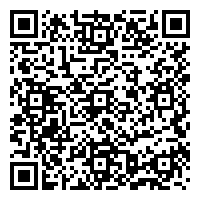