The new anti-infiltration law that was passed in the Knesset a week ago permits residents of the camps—mostly Sudanese and Eritreans—to leave the site until 10 PM each day, provided that they show up for a head count three times a day.


It makes it tough for them to reach any urban center. So now some 250 illegals are refusing to return to the facility.

I don’t envy Israeli politicians and civil servants deposited with the task of managing the population of an estimated 50 to 80 thousand illegals, mostly from war torn East Africa. The connotations are obvious and disturbing. And yet, all these poor, neglected people have been dumped on Israel’s cities’ poorest neighborhoods, turning the lives of local residents into a living hell.

It’s a serious problem, it has to be resolved, and whatever Israel does to alleviate the problem will look and sound terrible. On account of the “camp” part in the term “detention camp.”

The marchers carried signs, no doubt prepared for them by Israeli NGO activists, with Biblical verses about our obligation to treat the foreigners well, because we, too, were foreigners in Egypt.

Of course, one of the conditions the Torah places on the foreigner is to observe the law. Illegal infiltration would probably disqualify them for the accepting treatment advised by the Torah.

Hebron Then And Now 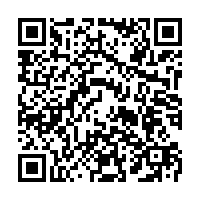