It’s the only surefire method against a relentless army of terrorists who come in looking a whole lot like innocent civilians and end up blowing up people and things.


You have to stop every car, including this magnificent three-wheeler masquerading as some kind of exotic shrine. You have to question, you have to search, you have to examine papers. It’s a nasty chore, which victimizes the majority of the folks who do not make it a habit to blow up people and things.

There’s no other certain way to stop terrorists. It’s always civilian inconvenience on one side, versus civilian death and mayhem on the other side.

IDF soldiers have been doing it for decades, with increasing efficiency. The Arab civilians they search are rightfully angry. It’s no fun to be checked thoroughly by soldiers on the way to and from work, the supermarket, a soccer game, a night out with friends. But there’s no way to make it easier. Making it easier means someone will be killed on the other side. Not as a possibility, but as a certainty.

The U.S. soldiers are doing as good a job in Afghanistan, checking the irate civilians, as do the IDF soldiers. But there’s a huge difference on one count: come 2014, the Americans will go home, leaving the Afghanis to do the job.

It was amazing to watch Vice President Joe Biden actually saying that our soldiers will be ably replaced by the Afghani soldiers they trained. He said it without cracking one of those huge, toothy smiles he’d been flashing all night. He said it like it was a truth.

It’s not, of course. Some Afghani soldiers will probably try to keep it up for a few months, but soon enough the balance of political power will shift and they’ll sell their uniform to the nearest used military supply store, along with their government issue weapon and go home. And bombs will start blowing up people and things as they have done before, as they do everywhere else in the Muslim world, where madness is being celebrated as a form of religious devotion.

Over in Israel, IDF men and women will just keep perfecting the job they’re doing searching for mad Arabs with blood lust in their hearts. Because, unlike those fine U.S. soldiers, our IDF checkpoint attendants have nowhere else to go. 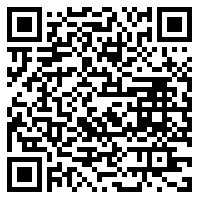