The caption to this picture, presumably written by the Palestinian photographer, goes:

Palestinians watch as exploding tear gas canisters fall from the sky during clashes at a protest against the expansion of the nearby Jewish settlement of Halamish, in the West Bank village of Nabi Saleh, near Ramallah on January 24, 2014. Photo by Issam Rimawi/Flash90

We’re learning the Book of Joshua in my shul, between Mincha and Maariv on Mondays, and so I quickly grasped the historical significance of the phrase: Palestinians watch as exploding tear gas canisters fall from the sky.


A mysterious hand threw gas canisters on these Arabs from the sky, on Shabbat, as they were trying to thwart Jewish life in the Jewish promised land – I say it’s a sign.

If At First You Don’t Succeed, Try And Try Again: An Interview with Itamar Ben-Gvir 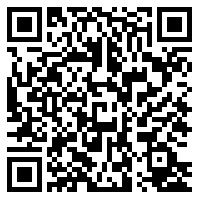