Home Media Photo of the Day Hadassah Members Leaving on 1954 Israel Bonds Tour
Share on Facebook
Tweet on Twitter
Photo Credit: From the Steinfeldt Photography Collection of the Jewish Historical Society of the Upper Midwest.

This is an edited version of the article, which originally concluded in an unfortunate comment about Hadassah, for which Mr. Israel has apologized.

It was 1954, and the women leading Hadassah groups across America’s Jewish communities were learning and exercising leadership skills as a result of their work fundraising and participating in Jewish and Zionist education, according to some copywriter’s note attached to this picture of Minneapolis ladies about to board an El Al flight, presumably to the Holy Land.

In 1954, Hadassah was involved in teaching adult Hebrew classes to better promote understanding and communication between Jewish Americans and Israelis, the same text continued, which could mean that the ladies in the picture had no trouble communicating with the Israelis they met after landing on the other side.

Amazing how these nice women dressed and waved like anyone’s idea of their aunt visiting from America. A sure case of the medium being the message, in this case the medium being an ancient black and white print preserved on a Flickr page.

They’re probably all gone, seeing as this picture was taken 64 years ago.

Today, the Minneapolis chapter of Hadassah, the Women’s Zionist Organization of America, Inc. (HWZOA) is comprised of 1,400 active members and male Associates who raise over $100,000 per year for Hadassah’s initiatives in Israel, which include the two world-class Hadassah Hospitals: Ein Kerem and Mount Scopus.  Additionally, they are closely involved in any Minneapolis community events in support of Israel.

Hadassah Minneapolis continues to vibrantly support the founding mission of HWZOA, including “a passion and commitment to its partnership with the land and people of Israel,” as well as ongoing advocacy efforts for issues important to women’s health and well-being.

2018 marks the centenary anniversary celebrations of several monumental Hadassah milestones in Israel: the Hadassah Medical Organization (HMO), the Henrietta Szold Hadassah-Hebrew University School of Nursing, and the HMO Department of Ophthalmology. Henrietta Szold would be so proud of these 10 Hadassah Minneapolis members from 1954, as well as the over 300,000 Hadassah members and Associates nationwide today who remain faithful to her admonition “to dream, and when you do, dream big!” 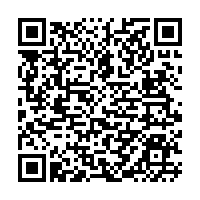