Tzohar, an Israeli organization of some 800 Religious Zionist Orthodox rabbis who want to bridge the gaps between religious and secular Jews in Israel, on Monday announced its entry into the field of certifying kosher food in restaurants. The service will offer an alternative to the kashrut service of the Chief Rabbinate, within the constraints of the High Court of Justice, which ruled that the word Kosher and all its derivatives may only be used by certification awarded by the rabbinate.

These rates are higher than the rates listed by the Ministry of Religious Services, but equal to or cheaper than services offered by the Jerusalem Rabbinate, which charges $544 a month for both meat and dairy restaurants, but adds travel costs for the supervisor.

Rabbi Refael (Rafi) Feuerstein, who founded the Tzohar organization, stated that the decision to compete with the chief rabbinate “is not simple, it was preceded by years of deliberations – we will not replace the rabbinate, we have come to challenge it by creating competition.”

Rabbi Feuerstein believes that rather than being a player in the kashrut market, the chief rabbinate should set the standards and regulate the industry, allowing in as many qualified groups as wish to participate.

Religious Zionist Rabbis Dov Lior, Elyakim Levanon and Shmuel Eliyahu attacked Tzohar’s initiative, declaring that “today we encounter another attempt by Tzohar to destroy the state’s Jewish character and to weaken the Chief Rabbinate any way they can. It is important to understand that kashrut that is not state-sanctioned means kashrut swindling on an unprecedented scale, as each body will be able to print a kashrut certificate and offer a fake kashrut, utilizing the lack of understanding of the average consumer.”

Tzohar’s Rabbi Cherlow: Ultimately, Decision on Abortion Is Up to the Parents

Rejuvenation: For a Warmer Judaism [audio] 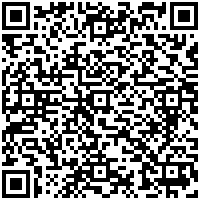