These are seven rocket launchers, one loaded with a rocket, discovered after the IAF thwarted a terror attack in Gaza.

Last week, in response to a morning rocket barrage at southern Israeli communities, the IDF targeted Hamas terror activity sites and terrorist squads responsible for the rocket fire from the Gaza Strip.


During 2012, more than 470 rockets were fired from the Gaza Strip at Israel, more than 30 in October alone.

The rocket launchers look vaguely like slides and ladders in a bizarre playground, in an apocalyptic movie.

Hundreds of young Arab men set up these playgrounds, day in and day out, convinced that what they’re doing benefits the world and is a service to God. I have no way of even beginning to perceive, much less empathize with, this warped aspect of Arab society. Like the drive-by shootings of young gangsters in LA and Chicago, they belong within a social context I cannot access.

But I know what I’m looking at here: the barren lives of young men from another planet. I watch the news as the IAF keeps taking them out—because none of us, over on civilized side of the fence—know any other way of dealing with the heart of darkness. 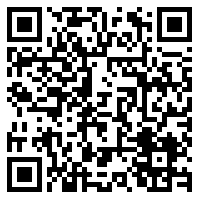