Bereaved Israeli families demonstrated on Wednesday in front of the Prime Minister’s house in Jerusalem with signs saying “We’re stopping the release of terrorists.”

Israel is planning to release 26 Palestinian prisoners on Sunday, December 29, in the third stage of a deal brokered by the U.S. in July that brought about the resumption of peace talks between the Israeli and Palestinian governments.

One of the 26 prisoners scheduled to be released is Muhammad Adal Hassan Dawd.

On April 11, 1987, the Moses family went shopping for Passover holiday, driving near the Arab village of Habla, where Adal Hassan Dawd threw a Molotov bottle into the car. The car was ignited at once. Ofra moses, 34, and her son Tal, 5 years old, sustained burns from which they died three months later.

The man in the picture is, of course, not the only one protesting Dawd’s approaching release. 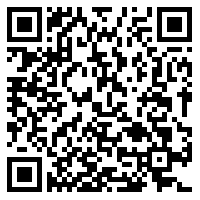