Here’s the only real purpose of anything and everything Prime Minister Benjamin Netanyahu has been doing regarding the “peace negotiations” with half of the Palestinian leadership: staying alive.

Netanyahu cannot afford to let his coalition government collapse this early in its term, because there’s a serious danger that he would lose the next elections. He may not even be able to retain his position of leadership in his own Likud party. The settlers, who supported him more than they care to admit last time around—because practically their entire local leadership is on Bibi’s government’s payroll—are furious at the prime minister. Their roads are unsafe, the secret police is dismantling their outposts, their archenemy has been appointed state attorney, and Tzipi Livni is discussing their fate, with Bibi’s blessings, behind closed doors, with thugs and gangsters.

Now comes the third phase in those negotiations, when Israel has promised to release the first batch of seriously bloody handed Arab murderers. The list is awful: men who burned women and children alive and blew up buses with dozens of innocent civilians in them. The kind of scum that would make the earth open up and scream in agony as they step into their freedom buses.

It’s the kind of move that could have been a Mandela gesture if it came against the background of real achievements on the way to a modicum of peaceful coexistence. As it happens, since the notion of peace is so delusional that the negotiations must be done in complete secrecy—the next prisoners’ release looks more like a capitulation to evil.

It’s also the kind of move that could bring down Netanyahu’s government, with a walkout not of “just” his Jewish Home coalition partner, but also of Foreign Minister Avigdor Lieberman’s Israel Beiteinu election partner, as well as a number of Likud party MKs and ministers.

Israel Beiteinu has already decided not to extend its campaign partnership with Likud, which cost both parties combined about a dozen seats last time around.

All of these political entities are heavily influenced by the settler movement, which is a sleeping giant at this point, but can become a raging, or, more likely, a panicky giant.

What to do, what to do? Of course: announce sweeping construction starts across Judea and Samaria, to coincide with letting out the very men who would happily go about murdering the folks settling in those constructions. It’s brilliant, because it pleases the settlers, who now have something to lose, so they stay on Bibi’s wagon even as he makes “painful concessions,” letting go of Jew killers.

He doesn’t have to do anything, just have his PR people deliver a promise that in a few weeks he will announce yet another promise to take bids for new housing in the disputed territories.

This will anger the Palestinians and the Americans, who will declare that Bibi is killing the peace—which doesn’t really exist, because the Palestinians will never recognize that Israel is a legitimate Jewish state, will never denounce the right of return, will never give up East Jerusalem, will never agree to Jewish settlements east of the 1949 armistice line.

Then the Americans will start threatening—they won’t even have to write new threats, the ones from a few months ago, when Bibi initiated exactly the same PR maneuver, are still fine.

And then Bibi will just not make good on his promise, as he hasn’t done before, the way he buried the Levi committee’s recommendation to impose Israeli law wherever Israelis reside in Judea and Samaria, and so remove the scourge of civilians living under permanent martial law. Empty promises are Bibi’s specialty. Remember his promise last year of going into gaza this time and removing the Hamas criminal government once and for all? Remember how, a mere two weeks later, Bibi, Barak and Lieberman announced that not going into Gaza and signing an accord legitimizing the Hamas government was the astute thing to do? 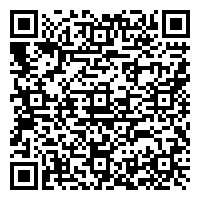