“State Circle” is this huge circle in north Tel Aviv (now referred to as “central Tel Aviv” which geographically makes no sense, but history is not written by geographers), which is part of the high rent district and where glitzy shops come to offer their wares. During the day it looks like this:

At night, at least last Thursday, it was all about shopping in those glitzy fashion temples at bargain prices. If you know Israelis, they love bargain prices (unlike the rest of humanity). You see, some of the high end stores have moved to the trendy Ramat Aviv Mall, which is really up north, near the Hertzliya border, and so the unlucky ones (which includes Dior, Pandora, Jack Kuba and la Perla, to name a few that I copied off the promotional material) must now contend with second best and offer stuff cheap. That’s it, I believe I covered it. Here are images of Israelis on a Thursday night, images by Tomer Neuberg/Flash90: 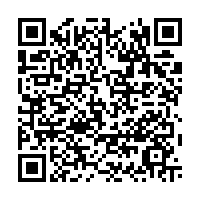