The Kfar Etzion Field School gave a special tour during Succot to Breichot Shlomo / Solomon’s Pools, just north of the town of Efrat in Gush Etzion.

Solomon’s Pools consist of 3 large pools that are an integral part of the water network that supplied ancient Jerusalem and the Second Temple with water. Much of the network was built by Herod, but parts (the lowest pool) are of earlier, Maccabean origin.

The tour is a rare one, as unfortunately, this historic and amazing site was placed inside Area A – under Palestinian Authority control.

Along the way, the group visited (and some entered) an ancient Jewish burial cave.

A cave that was part of a separate water system.

An exposed section of the water tunnel system that feeds into Solomon’s Pools.

The tour was under IDF protection, as some of the locals decided that the best use of their time was cursing the Jews and throwing stones (but from a safe distance, no one was in any danger, but it did add a touch of excitement to the tour).

There’s even a possibility that the gardens mentioned in King Solomon’s Song of Songs (Shir Hashirim) are located in this area.

The hike, which left early in the morning from the Dagan Hill in Efrat, took around 3 hours, and involves some climbing, but participants both young and old thoroughly enjoyed it. 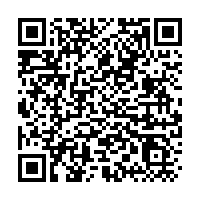