Brief clashes broke out in Ramallah, as around 50 Palestinians protested the PA’s return to talks with Israel, a Ma’an report said.

But he added they were also protesting the fatal shooting of Amjad Odeh, 37, a Palestinian, during an arrest raid by PA forces in Askar refugee camp in Sh’chem on Tuesday.

In the future, whenever there’s a bunch of people suddenly gathered in a corner somewhere in the PA, we can say they’re protesting the peace plan. They’re waiting for their falafel, but meanwhile they’re also protesting.

I looked at the images from that protest and noted that, had Ma’an not told me there were only 50 protesters there, I would have estimated a higher number. The NYPD invented a method of estimating how many people occupy one city block in a protest. This doesn’t look like a city block, but it looks more than 50.

Now the zinger: the governor of Nablus (that’s Sh’chem to you and me) said that Odeh had been caught in the crossfire of gunfire between PA forces and residents of the camp.

Seriously? They’re shooting at each other in the camps? Shouldn’t this be big news? At least as big as when a couple of released Palestinian security prisoners get shot when they ambush a border patrol unit in the camps? 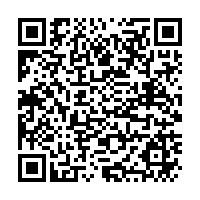