Egyptian ministers announced that al Jazeera’s channel in Egypt is a national threat.  They have banned the affiliate and arrested four of its journalists.

In their statement, the Egyptian ministers of investment, telecommunications and information accused al Jazeera Mubashir Misr of spreading lies and rumors damaging to Egyptian national security and unity.


The statement read: “Al Jazeera Mubashir Misr does not have a legal basis for its presence in Egypt, and it has been shown that it does not possess any of the licenses and permits that it requires to conduct its operations on Egyptian territory.”

The Egyptian government took this step the day after Al Jazeera Mubashir Misr broadcast a message from the Muslim Brotherhood’s spokesman Mohamed El-Beltagy.

Beltagy, speaking from an undisclosed location, criticized the interim Egyptian government. The Brotherhood’s spokesman also emphatically denied that his organization is a terrorist organization.

While it may be fine for an American politician from the Republican party to go on the air and criticize U.S. President Barack Obama, things don’t go down quite the same way in Egypt, or, for that matter, in any Muslim country in the Middle East.

Although they cannot actually block al Jazeera from its communications satellite, Egypt’s ministers of investment, telecommunications and information issued a public statement banning the channel for using satellite transmitters without an official license.

In addition to making the announcement banning the Qatari channel, the offices of Al Jazeera’s Mubashir Misr were raided and four of its journalists were arrested. Correspondent Wayne Hay, cameraman Adil Bradlow and producers Russ Finn and Baher Mohammed were detained on Tuesday, the network said on Thursday, calling the arrests “a campaign against al Jazeera in particular,” the Guardian reported.

In addition to the detention of the al Jazeera journalists, Egyptian officers also located and arrested Mohamed el-Beltagy, as well as the  former Labor minister Khaled al-Azhari.

The arrests, in turn, prompted the Muslim Brotherhood to ramp up calls for nationwide protests against Egypt’s military-backed government. The Egyptian government immediately responded to the call by warning that live ammunition would be used against protesters who attack public institutions.

Friday will be another day of violence in Egypt. 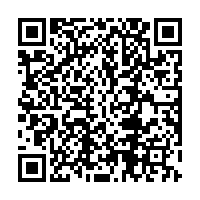