The Rise of Anti Semitism in USA

David will be speaking with Dr. Emanuel Navon expert in international relations from Tel Aviv University and IDC about Israeli positions on the march of White Supremacists and Neo Nazis in Charlottesville, USA last week and murder of one woman in a terrorist attack carried out by a White Supremacist. Was President Trump’s statement on these events too little and too late. How should we understand the Israeli responses on these events? Were they also late coming and why?


What about terrorism and antisemitism in Barcelona, Spain, France and UK? How does all of this connect to what we are seeing in the United States? Is this similar or is this related to rase of Islamist movements in the European countries?

Later in the show David will be speaking with Meir Weinstein leader of JDL, The Jewish Defence League in Canada on how the march of the White Extremists in Charlottesville is a wake up call to Jews in America who didn’t want to acknowledge that the Nazis are alive and kicking.

On the third segment of the show David will be speaking with Lenny Goldberg, author of book “The Wit and Wisdom of Rabbi Meir Kahane” who will share with us some inspiration from a great leader who took on antisemitism in the USA in the early 1970. We will also be talking about Rabbi Kahane’s book Time To Go Home in which he reviews the growing threat of White Supremacy in America at that time.

Tune in for more and feel free to leave a comment. A Hebrew in the Heartland 22Aug2017 – PODCAST 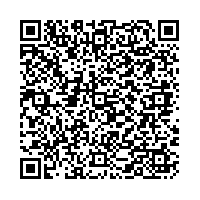