One week ago Rabbi Raziel Shevach was murdered in a terrorist attack just outside of Havat Gilad in the Shomron (Samaria).
He was a Talmud Torah teacher, a volunteer paramedic, husband to Yael and father to six small children. This murder came as a great shock to the people of Israel. Thousands came from around the country to attend the funeral and then over the week to show respect and comfort the family. David will be speaking with Ilana Shimon a community organizer in the town of Havat Gilad and a close friend of the Shevech family. She will tell about the challenges of living in a pioneering community in the hills of the Shomron and of her efforts to raise funds to build up the community and to provide support for the Shevach family.

Will the anti-semites find of us wherever we go? From the hills of Israel, we will reach out to the Jewish communities in Iran and Sweden. Our guest “Negar” Adele Josephi is a Jewish woman whose family fled from Iran after the Islamic revolution and made their home in Sweden. Recent reports of anti-Semitic attacks on Jewish institutions in Sweden demand that we ask if Jews are safe anywhere. And what is going on in Iran today? Growing unrest and protests demanding social change are shaking Iran. What about the Jewish community there that at one time numbered over 150,000 and today has dwindled down to less than 10,000. Will the Jews leave that country and come home to Israel? 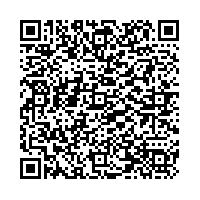