On Today Show I will be speaking about the olive Harvest in the Shomron. The hills are bustling with activity of families going out to pick their olives. My family too is very busy picking olives that will be used to make olive oil. On Sunday I was hit in the eye with an olive branch. But today I was back under the trees behind my home picking more olives. But most of the work is being done by my son and family members.

I will also be speaking about the protest that is going on in Jerusalem headed by director of Shomron Regional Council Yossi Dagan. This is receiving major support for many members of the government and members of Knesset who understand that more needs to be done to improve the roads and provide security to the residents of the Heartland of Israel.

Support for Israel from unexpected places. I will be speaking with Israel Air Force reservist Mohammad Kabiya. Who is a Muslim Arab Bedouin and an Israeli Patriot. Mohammad tours to tours the world speaking at universities exposing the truth about life as an Arab minority in the Jewish state. His family and tribe have a long history a service and loyalty to the state of Israel even before the state was founded.

I will also be speaking with a Muslim woman from Turkey who fled her Homeland because she was being persecuted for her love and friendship to the Jewish state. She is now seeking political Asylum in a European state because her life is threatened in Muslim turkey because of her support for Israel. 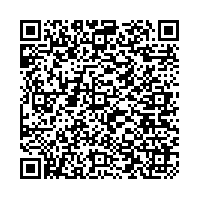