Home Israel News Talk Radio A Hebrew in the Heartland Sweet Dates from the Jordan Valley to Lobby in DC – A...
Share on Facebook
Tweet on Twitter
Photo Credit: David Ha'ivri, Tom Garden and Danang Wicaksono

On Today Show David Ha’ivri will be speaking with Ben Tzion a Jewish man who recently traveled to Saudi Arabia. Dangerous, adventurous, surely unusual. A Jewish man of faith and peace Ben Tzion regularly visits holy places to the Jewish religion in Israel and elsewhere was recently the center of commotion on social media after his pictures we’re shown visiting in in Saudi Arabia. Currently Saudi Arabia is closed too Jewish people. Apparently traveling on A non Israeli passport Ben Tzion claims to have been on a mission of peace and friendship with our Muslim neighbors. Although many received him very well there were also quite a few negative comments on social media and Arabic press. David will ask Ben Tzion about his motives and plans.

From there David will take us to meet a Muslim woman in Egypt who loves the Jewish people and Israel. From Biro we will learn that according to the Koran the land of Israel actually believe it belongs to the Jewish people. “Everyone knows this” she will tell us. Is this part of a growing phenomenon in the Arab and Muslim world that will question hostility towards Israel and the Jews? Time will tell.

Tom Garden is a Jewish man in Minnesota USA who came to Israel as a Young Man to serve in the IDF as a lone soldier. Currently a businessman in his home state Minnesota Tom takes time off to lobby for the Heartland of Israel Judea and Samaria and the Jordan Valley in Washington DC. He recently joined at the legation of leaders from these communities who came to Capitol Hill. Together with them he gave out thousands of sweet dates from the Jordan Valley. Will the sweetness of the land change people’s minds about boycotting Israel? Time will be a guest on our show and share his enthusiasm for supporting the growth and development of the Jewish towns in Judea and Samaria.

A Culture of Chesed 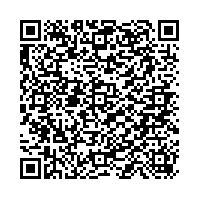