On Today Show I’ll be speaking with Nathalie Blackham who lives in Har Adar and she will be telling us about the terror attack that took place this morning in this town just west of Jerusalem. Three Israeli security personnel were left dead by the terrorist who posed as a worker seeking to bring bread home to his family. But now this terrorist family have no more financial worries as the Palestinian Authority will be awarding them with a monthly pension as a reward for the murder that was carried out by the head of their household. I urge all of our listeners to contact their elected representatives and demand accountability on funding that your governments are providing to the Palestinian Authority which in return pays salaries to murderers in Israel.


Later on on the show I will be moving to positive reports from the heartland of Israel. I will be speaking with Gedaliya Blum who has just launched a brand new platform to promote businesses in Judea and Samaria.

Gedaliya Blum’s newest Heartland venture is called www.TheChamber.co.il go over and check it out.

As always I look forward to hearing your feedback and comments. 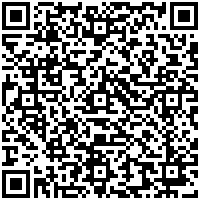