David Ha’ivri’s show today will be dealing with Wisdom of Women or in Hebrew Chochmat Nashim.

Interview with Shoshanna Keats Jaskoll who is the founder of an Israeli women’s advocacy working particularly within the Jewish Orthodox community and guidelines. Chochmat Nashim deals with issues like Agunot, the unique predicaments that Jewish women face in case of divorce, know as Gett in Halachic terms. A Jewish husband who refuses to give his wife a divorce/Gett can cause her to be in a state of legal limbo until a solution can be found to make the husband cooperate.


She also deals with women’s health issues that are not getting enough attention because of common overzealousness in the boundaries of modesty. Don’t talk don’t tell type of attitude that leads to dangerous neglect and avoiding medical exams that could be saving lives.

Another strange new coming phenomenon that has been taking ground in some growing circles is the invisible women, some publications and magazine editors will no longer allow display of pictures of women even in most modest dress. According to Keats-Jaskoll these new regulations can have a damaging effect on education of both girls, who may become convinced that something is wrong with them and also on boys who’s image of women and their place in family and society is distorted.
A Hebrew In The Heartland 13March2018 – PODCAST 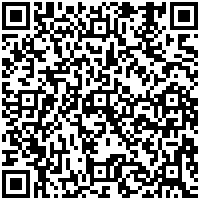