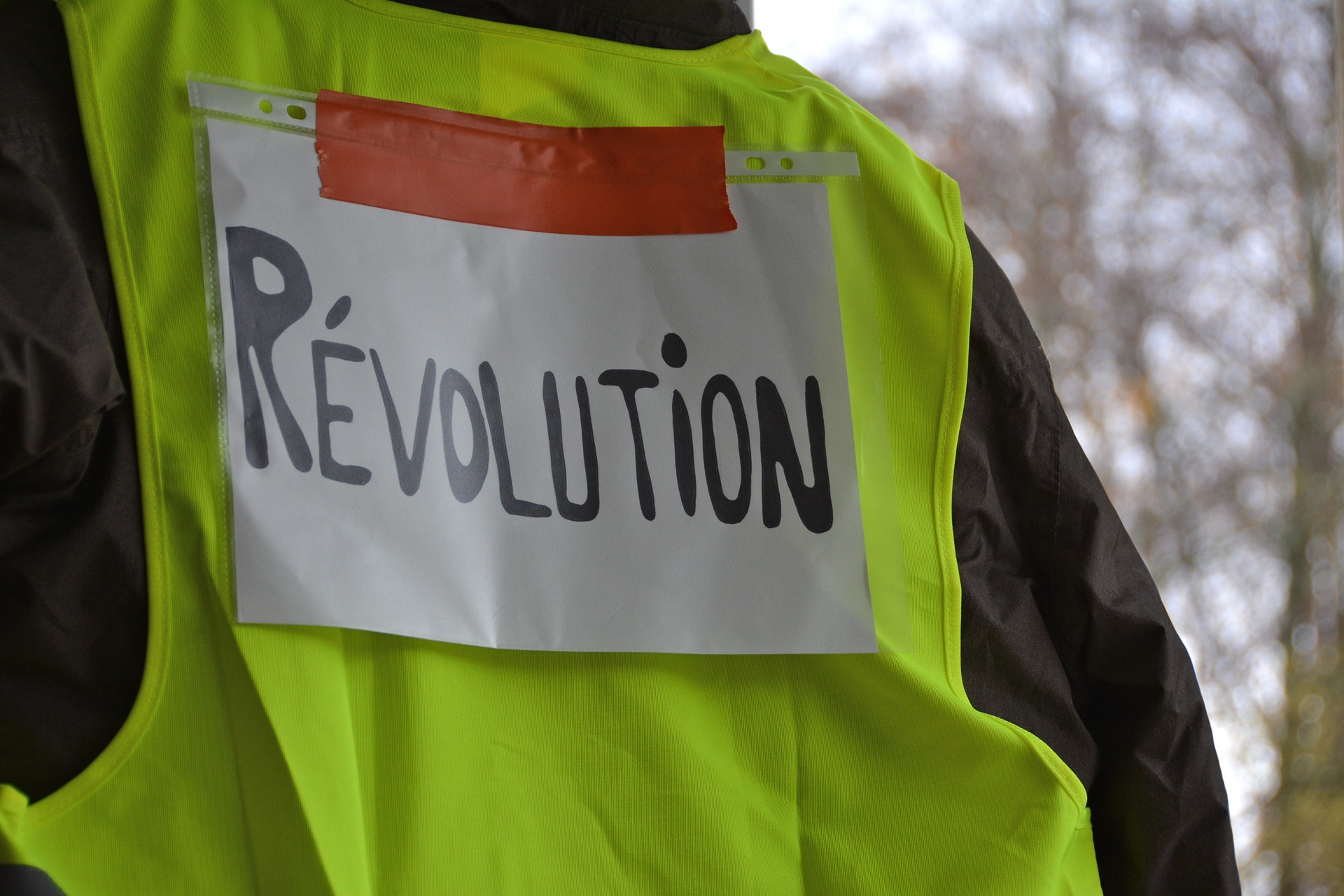 Rod Reuven Dovid Bryant and Jerry Gordon of Israel News Talk Radio – Beyond the Matrix, bring back American ex-pat and writer based in Paris to update the popular insurrection of the French gilets jaune, “Yellow Vests”. She had revealed that this wasn’t a populist movement. On the surface it was a demand for greater purchasing power on the part of an aggrieved minority. But on a deeper level is was a movement powered by hatred of the rich and ultimately Jew hatred. “Yellow Vests” posted signs along French highway that Macron “is a prostitute for the Jews”, as he had been a banker for Rothschild et cie in Paris. The irony is that Macron is a boy from the Provinces who was bright enough to make it into the elite became the object of scorn of the “Yellow Vests”. The deeper message conveyed by the “Yellow Vests” was they want what Chavez and Maduro created in Venezuela- tyranny of the street propelled by violence. Poller said the “Yellow Vests” movement has rapidly diminished over the 15 weekly protests since mid-November 2018 from an estimated 300,000 to less than 50,000 currently. It is a rapidly diminishing minority in France. Yet, Macron undertook to address their grievances cutting the gas tax and increasing bonuses that cost the French economy more than 10 Billion Euros. The “yellow vests” retorted, “not Enough! it’s peanuts”. What the “yellow vests’ really want, according to Poller is to do away with representative democratic government. The vehicle for achieving that she says is totalitarian violence giving power to the street. She said this has happened repeatedly from the French Revolution to the Bolshevik seizure of power in Russia and the Chavismo movement in Venezuela that bankrupted what was once the wealthier country in Latin America that is now in chaos. Poller noted that the leader of the extreme leftist party, ‘Unbowed France’, Jean-Luc Melanchon is an outspoken admirer of Venezuelan Chavismo, as is Marine Le Pen of the extreme right, National Rally. She notes that leaders of these French extremist parties attacking the rich, are themselves wealthy. When queried about how these roiling developments in France caused by the “yellow vests” insurrection might impact on the looming May 2019 Eu Parliamentary elections, Poller cited recent poll figures that indicate that President Macron’s party led with 23 Percent, followed by Marine Le Pen’s National Rally with 20 with Melanchon’s ‘Chavista’ Unbowed France at 8 percent. She criticized Le Pen for having done nothing for France while a Member of the EU Parliament and is current under investigation for payroll irregularities of her staff. She illustrated how fractured the “Yellow Vests” movement has become given the case of one of its former leading figures, red haired, single mother and nurse’s aide, Ingrid Levavasseur. She was threatened with death by fellow “Yellow Vests” for daring to form a new party for the EU parliamentary elections, the Citizens led Rally. She had to be rescued by police from being accosted by “yellow vest” protesters at a recent Sunday rally. Poller then turned to Eric Drouet, he 33-year-old truck driver and de facto leader of the “yellow vests” who provocation turned the gas tax issue it into the violent insurrection, arrested by French police in January. He had broadcast videos from his truck agreeing that the French government was run by Jews and that Zionists should be punished. That she said was evidence of the infiltration of the “Yellow Vests” by the Jihadists among the Muslim community. They simply want Islamic conquest of the French Democracy. The worst example was the video that went viral of renowned French Jewish public intellectual Alain Finkielkraut being accosted by a “yellow vest” convert to Islam screaming “filthy Jew go back to Zion”. Finkielkraut is an admired member of the Académie Francaise, son of Holocaust survivor and victims. Poller gave a sense of the views of those she met at the massive “That’s Enough” rally at the Place de la Republique in Paris. They were sincere in their opposition to the violent anti-Semitism of the “yellow vests” protesters indicative of the 80 percent of the French. She believes that Macron has done well in handling the National Debate over the “Yellow Vests” insurrection. However, she said that he has difficulty coming to gripes with the underlying problem in France and Western democracies: the defense against Islamic Jihad without engaging in hate of Muslims.