You should care, because in yet another conflict on the globe, people are being killed. Instead, the world’s focus is on the Arab-Israeli conflict with the Palestinian Authority, and your tax dollars go to prop up and support the continuation of a dispute that could have been settled decades ago.

There are many aspirations for independence and statehood around the world, and it doesn’t have to be awarded to terrorists in the Palestinian Authority. There are more peaceful, secular Muslims in Balochistan who want to break away from Pakistan and its abuse of the Baloch people. Pakistan holds anti-American sentiments and refuses to recognize Israel. So why isn’t the West and the rest of the world supporting their freedom movement to help moderate the Islamic world? Tamar interviews the head of the Baloch Republican Party, Mr. Brahumdagh Bugti, on the Baloch fight for independence from Pakistan. 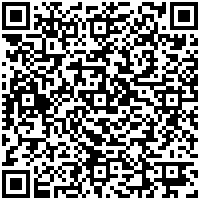