On an emotional edition of Israel Uncensored, Josh Hasten describes the recent situation in which terrorist arsonists lit hundreds of fires trying to burn Israel, and its people, to the ground. But instead of destroying the Land of Israel, the fires have united a nation in a near unprecedented manner. Also on the show Yaakov Katz Editor-in-Chief of the Jerusalem Post discusses the latest situation on the ground and also talks about last week’s Jerusalem Post Diplomatic Conference featuring Israel’s top political officials. 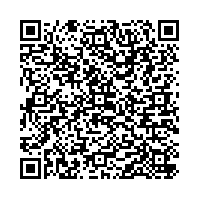