Gloria Greenfield is producer and director of ‘The Fight of Our Lives; Defeating the Ideological War Against the West’. She and Eve discuss her 4th film, which screened in Jerusalem last night. Via interviews with leading conservative philosophers, professors and journalists she exposes the so called “Progressive’ ideology of the West. The core is rampant secularism, cultural relativism and moral passivity all partnering, insanely, with extremist Islam. Hatred of Biblical mores and of Israel is their common ground but that’s only the beginning. Listen to the interview and then get the film for your community. They’re counting on political correctness, our ignorance and fear of intimidation to shut us down. Don’t. Let. Them. For our children’s sake we must not be silenced. 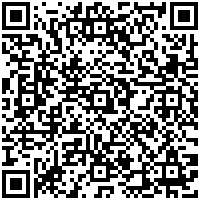